“Organic” is one of those words that picks up connotations like a co-op hippie picks up odors in the bulk spice aisle. It’s a word you can brandish. Or scoff at. It’s loaded. So let’s review:

But that’s the nature of things that become buzzwords, however legitimate they may be. People start reacting to them without a lot of critical thought. For instance, I have a visceral and bad reaction to the phrase “family values,” even though I think they are a good thing. Our own family values elevated Scrabble and backyard badminton and summer cookouts with colored aluminum tumblers full of lemonade and walking in the woods and rolling logs for salamanders and putting the salamanders back and replacing the logs and singing in the choir and eating at the same time every night and getting put to bed with a chapter of The Wind In The Willows. Also, we were supposed to get good grades and not be racists.

“Sustainability” is another buzzword you hear a lot lately, and it’s one of my favorites.  Unfortunately, a lot of people hear someone going on about sustainability and all they conclude is “that person doesn’t want me to ever have any fun.” And that’s simply not true. We sustainability people want everyone to have lots and lots of fun! Only with Scrabble sets and backyard badminton. We think that should be an easy transition from blasting an ATV all over the desert or gouging up a mountain trail with a motorbike. We like Scrabble. We think you will, too.

So “sustainability” is another one of those words that is beginning to provoke a backlash, especially among fans of unrestrained capitalism. But it shouldn’t. It passes no judgment and chooses no sides.

All “unsustainable” means is: you can’t keep it up. You might find a politician who will tell you he can keep it up forever, and even provide evidence on Twitter, but trust this: he can’t.

There are all sorts of things that are not sustainable. For instance, suppose you get in on the front end of a Specklebutt Corgi boom. You buy a matched set of Specklebutt Corgis for $500 and pretty soon you have another eight Corgis to sell for $500 per, and willing buyers snap them up in hopes they can turn them around at $1000 a pop. This happy circumstance plays out for a few more generations and then the bottom drops out of the specklebutts, and a sorry spectacle it is, too. Corgis are unloaded for free with crate on Craigslist. It’s unsustainable. It can’t be kept up. 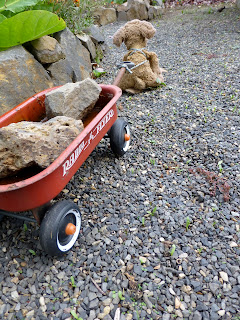 Or say someone finds a huge underground reservoir of prehistoric Corgis in a kibble cave. They are enormous. They are brought up topside a few at time where it is discovered that they have great value as draft animals with their short, massive limbs. Two of them can pull a train by themselves but their antique balls fall off in the modern atmosphere and they cannot reproduce. Nevertheless, prehistoric Corgi futures soar, and the animals are hauled up as fast as they can be hauled. The potential seems endless, but it is not. There are only so many of them. Eventually people will have to figure out how to do without ancient Corgi power, but in the meantime, trainers and Corgi-yoke manufacturers are pulling down solid wages and brokers are making a killing. There’s no incentive, in an unrestrained market, to leave any of the proto-fidos down there. And why, the brokers ask, can’t we just figure out what to do after we’ve run through all the dogs?

No reason at all, if we weren’t going to be nose-deep in Corgi shit by then. 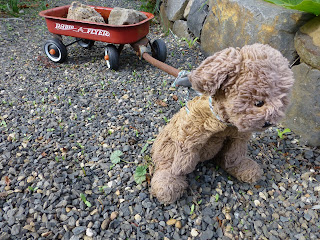 So when Mitt Romney says, as though this is a good thing, that he will do everything he can to get the last dog out of the ground, I’m going to vote as hard and as often as I can for his opponent. His position is not sustainable, economically or in any other way, and a grown-up would know that and plan ahead. I don’t care what the man straps his own dog to.