The other day my friend Dale made an announcement on Facebook. He said “nobody needs to know what I think about ‘Mercury in retrograde.'” He typed it emphatically, you could just tell.  It’s not always easy to judge these things in the digital world, but I believe he was taking a tone.

Dale and I are compatible spirits. We’re not entirely alike of course. He tends toward melancholy, and I toward alcoholy. But I thought it was likely that if nobody needed to know what he thinks about Mercury in retrograde, maybe nobody needed to know what I think about it either. Which means I have to go look it up again so that I remember what I think about it. I try to keep a tidy house in my head and that means I maintain a running fire sale on thoughts that I haven’t used in a few years.

So I looked it up. If a planet is in retrograde, it means it looks like it’s going backwards from the vantage point of us on Earth. It’s not going backwards. It’s going the same direction as it always has. It’s just an illusion brought about because the planets take different amounts of time to orbit the sun and they do a little leap-frogging. Shepherds who spent one heck of a lot of time under the stars noticed that the planets seemed to go astray every so often and, not having a clear grip on what was actually going on, began to read a lot into it. Maybe they fell into some hard times and squinted up at the planet backing up and thought: huh. We should probably be more cautious whenever that happens. And a whole network of observations and associations built up around these things and got passed down. It’s like thinking your team loses when you forget to wear your lucky shirt, only bigger, inasmuch as it involves everybody and the whole solar system and all.

Thousands of years later when we’re sophisticated enough to land a golf cart on a particular plain on Mars, people still figure the shepherds were probably on to something. 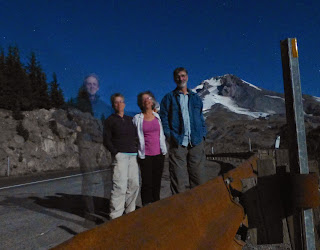 So I don’t have the particulars, but you’re supposed to approach decisions in your own life in specific ways whenever it looks kind of like the planets are going to backwards even though they’re not. Like, right now Mercury is in retrograde. It’s in retrograde an average of three times a year, so you have to stay on top of it. When Mercury is in retrograde, you might need to plan more carefully. With proper knowledge of your star charts, you would know when to plan for more spontaneity, say. And everyone isn’t affected the same way. It depends on when you, personally, first presented your slimy self to the outside air. If you’re a November baby, you might have to conduct yourself in a whole different way from a spring hatchling.

Which means my parents changed everything for me when they had me induced two weeks early. The effect that Mercury has on me as it trundles predictably around the sun but appears to be going backwards might be entirely different than it could have been, all because of parental fatigue and a  Pitocin drip.

If I do want to know what it is I should be doing, or doing differently, as a result of these celestial illusions, there’s an astrologer in the neighborhood I can consult. Scoff if you will, but she’s got powers. She gets bigger every time she approaches me and smaller when she leaves. Swear to Jupiter.