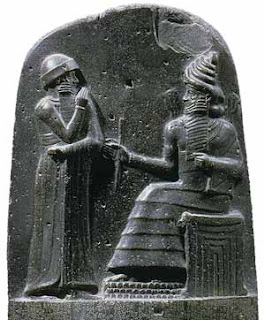 “Ask me anything about the Code of Hammurabi,” our friend Dave said. Dave, at age 33, has just gone back to college. He doesn’t make normal conversation anymore.

As it happens, I did have a question about the Code of Hammurabi (“What is the Code of Hammurabi?”). But I decided to study up first, out of a life-long desire to not look stupid. Turns out it’s a code of law out of ancient Babylon; it’s nearly 4,000 years old, Hammurabi was its author, and he got his authority straight from the sun god. Actually from the sun god via Marduk, who was great among the Igigi, so close enough. There are 282 laws in the code, almost. He skipped number thirteen because it was bad luck. That, of course, makes Number Fourteen number thirteen, but as we all know, you can fool nearly everyone with the right labeling (see “Clear Skies Initiative”). Hammy had his laws inscribed in stone and set up in the town square, written in plain everyday Akkadian, so everyone could understand them. Only two or three people at the time knew how to read, but he still gets points for transparency.

The laws 66 through 99 are missing. It is thought that a fragment of the basalt upon which the laws were recorded was accidentally sheared off when the scribe reached over with his foot to keep a potter’s wheel going. 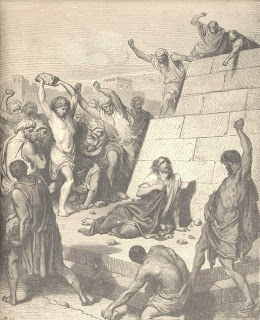 But even with what we have remaining, the law seems exhaustive. The same offense will trigger different consequences depending upon the stature of its victim. Thus there are separate laws for transgressions against a man, or his wife, or his slave, or his ox. Hammurabi even covered his ass. That said, there are many similarities. For instance, they tend to begin “if a man should…” and end with “…he shall be put to death.” Some variations apply.

There are penalties for looting (death), robbery (death), theft (death), fibbing about a theft (death), smacking your father (hands cut off), and accidental over-irrigation (somebody owes someone some corn). If a man accuses his wife of infidelity, she can swear an oath and be right back in the game (#131). If someone else accuses the man’s wife of infidelity, she must go jump in the river (#132). Similarly, if a female tavern keeper dispenses drinks on a cash-only basis and refuses to accept corn in payment, even if it’s more corn than the drink was worth, she has to go jump in the river (#108). This is so even if the customer had been running a tab for months and she already has corn out the wazoo. Evidently the mighty Euphrates kicked some serious fanny, and in ambiguous cases Hammurabi was willing to let the gods sort it out.

Hammurabi even introduced the first tort reform (#2): if a man accuses another man of something, the accused has to jump in the river. But if he is proven innocent (by failing to die), the accuser is put to death, and the accused gets his house. This would have the effect, of course, of discouraging frivolous accusation. As a bonus, in ancient Babylon, if you were a disreputable sort with superb swimming skills, you could make a killing in real estate.

Hammurabi was a man of vision and power. He alone decreed who would live, who would die, and who would go blind, like a one-man Blue Cross of Mesopotamia. On the other hand, if he had wanted a single-payer health plan, Babylon would have had a single-play 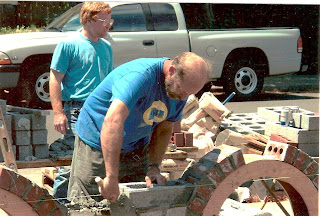 I asked Dave if he’d ever heard of Hammurabi. To my surprise, he had. “It’s an award given every year in the masonry field,” he said. “The Hammurabi Award.” I thought he had to be making it up. Couldn’t be the same Hammurabi; had to be a different Hammurabi.

“No, really,” he insisted. “It’s given for Excellence in Execution.”