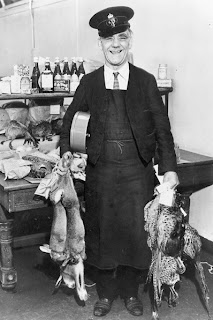 Nowadays, when you go to the post office to mail a parcel, they’ll ask you if there’s anything liquid, fragile, perishable, or potentially hazardous in there, but long ago, they didn’t care what you had as long as it didn’t exude anything. You could slap an address tag around the neck of a dead weasel, and it was good to go, even it if exceeded a uniform thickness of 1/4 inch, which some of your dead mammals will, depending on the circumstances of their demise.

The specific instructions said you could enter such an item as post “as long as no liquid is likely to exude.” That in itself is a testament to a faith in our communal institutions that we, cynical and suspicious as we have become, no longer have. Me, I look at an expired ferret, say, and I think: “here is something from which, at some point, liquid is likely to exude.” But in times not long gone, people could look at the same weasel and think: “shoot, it’ll make it in time.”

Of course, back then, you had a pretty good chance of seeing your weasel all the way to its destination before any exuding happened. People were in charge of it. Someone would fling the weasel into a bin for your city, someone in your city would re-fling it into the bin for your neighborhood, your carrier would satchel it up, and just like that, bip bam boom, there would be your deceased weasel lined up all neat in your mailbox, wrapped in a Time magazine, with a soap coupon between its lips. 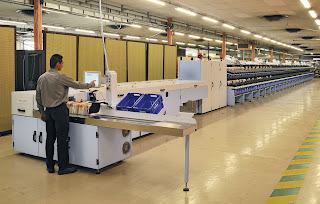 Stuff happened from time to time but it was a good system, entrusting the mail to people. Even certifiably [what is the word? Ah yes] stupid people could be entrusted to see the mail to its correct destination–I’ve seen them do it. The only trouble with people, in fact, was their tendency to want pay and medical insurance and frippery like that, and so giant sorting machines the size of football fields were developed to replace the regrettably high number of humans. Now, some robotic arm slaps the wrong barcode on a weasel and before you know it he’s looping around the country growing more unattractive by the nanosecond. And the three or four people left in the system now have to allocate a portion of their workdays to apologizing to customers. 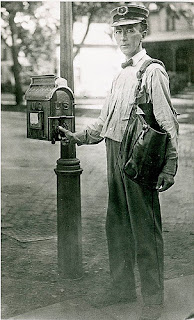 We still have an Exudation policy at the post office. We’re agin it. Ever since 9/11, whenever an employee noticed a mail item that appeared to be exuding in any way, we were to immediately step away from it and call our HazMat trained employee, Big Mary. Big Mary would come to the fore and invert a plastic mail tub over the exuding item, run a few yards of yellow caution tape around the periphery, and call the local firemen, who were really cute. It was a pretty good system.

But I still think it’s sad that we live in an era where evil people are moved to send suspicious white powder through the mail, resulting in the very real danger of a company powdered-donut ban, and when you can’t even count on Priority Service to deliver a maggot-free ferret.