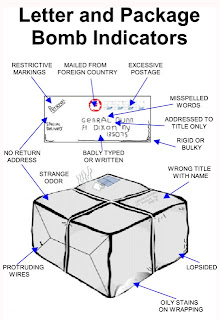 When you work for the post office, you learn that there are a number of things parcels can do that are not optimal. They can tinkle. They can tick. And then they can exude. Long before we were required to receive instruction on suspicious packaging (by which we were helpfully informed that “protruding wires” are something of a red flag), we had our own instincts about exuding parcels. You get a package addressed to the biology lab at the University, and it’s damp and squishy, you’re going to quarantine it in the back of your Jeep like it’s a snoozing wolverine. You just are.

I was not especially concerned the day I took custody of a small box that appeared to be leaking sand from a rip in the bottom corner, until I noticed that the return address was a crematorium. Some PR issues are best left to Management, I rarely say, but did in this case. Protocol requires the box to be taped up and mummified in plastic with a form apology: 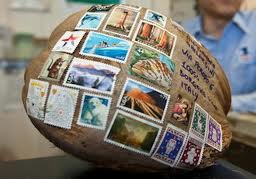 “The US Postal Service cares about your mail. Unfortunately, the use of mechanized equipment as well as the hiring of Stevie “Stone Hands” Whipmeier in the parcel section sometimes results in damage to a mail item. Please accept our sincere apology for the mishandling of [NAME OF DECEDENT], some of whom can be picked up at our facility during regular business hours, because our janitorial staff Larry is still in the parking lot doing a doobie. Please bring this notice, a Ziploc bag, and a Dustbuster. We care.”

I never personally delivered a limp weasel, but there were things. It used to be fairly common to see coconuts coming through the mail stream, all decked out with stamps and a Hawaii postmark. People are tickled by the notion that they can mail an unswathed coconut, and they inflict them on their friends when they go on vacation. I’d knock on the door and hand it to the recipient, who’d holler over his shoulder “Jesus Johnson, Edith, your brother Harold went and sent us a giant nut,” and shake his head. It’s not the sort of thing you throw away, so on the mantle it would go, stamps facing attractively forward, where eventually the grandchildren, who have grown up with it and watched Grandma dust it, have to keep it because no one wants to throw out Grandpa’s big nut. 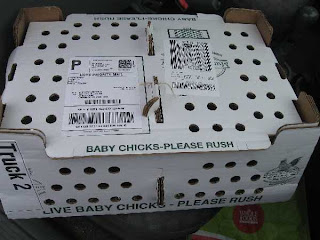 Also common were boxes of crickets, destined for the house of a pet owner. LIVE CRICKETS, it would proclaim hopefully on the side of the box, and we’d cross our fingers and tip it a little, whereupon it would emit a dry, cascading sound like wood chips. You have to deliver it anyway. Maybe, you hope, the recipient owns a crippled snake.

Or chicks. Chicks would come through the mail, always, luckily, chirping, and at eight in the morning it seemed like the jolliest thing ever, and we’d stow the box in our Jeeps and drive off humming. Ha ha! we’d think, as they chirped in the back. What a fun day this will be! But the chicks never went to anyone at the front end of the route. By the time five hours of chirping has gone by, we are one frying pan and a bottle of sweet-n-sour sauce away from committing a grave postal infraction. 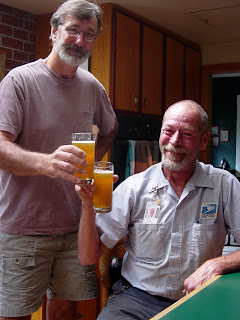 But in my 31 years of service, nothing exuding from the mail ever seemed as significant a hazard as what exuded from the mail carriers. Mail carriers are given a uniform allowance every year with which they can acquire everything they might reasonably be expected to need, but there is a certain subset of carriers who simply refuse to pick up a new shirt. The uniforms aren’t even bad-looking. They’re a decent color, they’re permanent-press, and with a minimum of care, they are quite presentable. They won’t wrinkle unless you sleep in them, crunched up on the sewer grate in front of the liquor store. If you wear the same shirt every day for three or four years, the friction of the newsprint and magazines against the tension provided by the beer belly turns the midsection of the shirt a sort of sickly, kitchen-compost green. Have you ever seen a mailman wearing a greenish, wrinkled uniform shirt? Yes, you have. We still do not know why this subset of mailmen does not avail itself of the generous uniform allowance every year, but it is probably hard-wired in their DNA, on the same chromosome that makes it so difficult to take up a collection for a retirement present or funeral bouquet.

But no discussion of exudation is complete without Gary. Gary would periodically say “oh, pardon me” for no discernible reason, and when we asked him why he said that, just before the reason wafted down the aisle, he’d say “because I’m a polite guy.” Which was true. In a sense.

I’m not sure we would even notice an over-expired weasel.