Let Nothing Ye Dismay Too Much 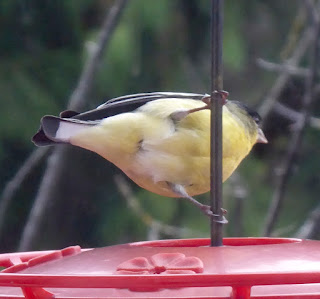 I was ready to celebrate Christmas, or as it is known in our family, Tuesday. Tuesday with twinkly lights and music. There’s always something to celebrate in this big beautiful world, and the things worthy of celebration are more likely to appear to you if you’re not all fried with obligation: the shopping, the postal schedule, the traffic. We keep things pretty calm around here. Life comes with enough challenges without picking up burrs of distress.

Dave and I don’t even exchange presents. We get each other what we most desire: nothing. 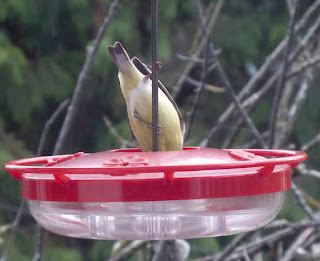 You don’t need much when you have goldfinch butts right out your window. Our Lesser Goldfinches like to grab water out of the central reservoir of the nectar feeder. They show us their cute little fuzzy white butts. It’s not a butt butt, of course; no cleavage. But it’s still interesting. As is the hummingbird that hovers at them hard, giving them what-for. He could totally boop them right in their fuzzy finch fannies, he wants them to know, but he has discretion. And also there are twenty more finches in the tree, and the hummingbird has no friends to speak of. But–he wants them to know–he could totally boop. 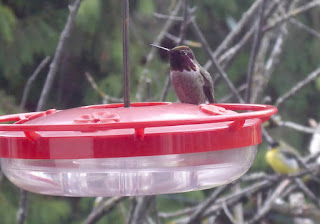 Oh look, someone started a thread about transgendered people using the wrong bathrooms! There are several commenters, and they’re all in agreement. Penis: male. Vagina: female. You use the bathroom that corresponds with the gear you were born with. That’s it. Simple, end of story.

My goodness, we’re on the eve of rendering the entire planet uninhabitable, we’re on the verge of extinction, we’re creating refugees faster than we can wall them out, and the possibility that someone we don’t understand is going to want to pee at the same time we do is what’s keeping us up at night?

I stood at the edge of the pit just to observe, but there comes a time you just want to pop in a word in case someone is reachable–someone who hasn’t sunk into the mire all the way. Sometimes it works.

I was swiftly reminded that this whole issue had already been decided by God. And that I should “stop placating that which is abnormal,” and that “the country needs to go back to basics.”

And that I was a “typical puppet lefty, calls people hateful & running away cause they can’t think for themselves.”

Got to give the hateful fuck points for mind-reading, though.

And this coup de gross: “If you’re not helping your friends get mental help then I hope you celebrate when they get their ass kicked or kill themselves because you’re the one helping that to happen.”

I’m the one helping that to happen.


This is just the sort of thing that brings on despondency in a person, every bit as debilitating as the Christmas despondency we’ve sworn off of. It’s not that I can’t win the argument. It’s that these awful, dreadful people are out there at all, let alone in droves. It’s all too much: the ignorance, the racism, the xenophobia. It’s almost more than I can bear, sometimes. I ceded the last word and stepped away from the pit for my own peace of mind, but it was long in coming. Dreadful, godly people were squatting in my mental real estate. 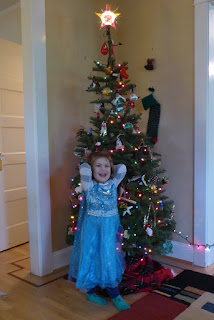 We decided to get a tree. Decorate it, for the babies that will be here for the holidays. Turn this thing around.

Guess what? There is a Christmas tree shortage in the biggest Christmas-tree-producing state of all. One week before Christmas, all the lots were swept out, except one. We pulled in. The trees were presided over by the most unpleasant human being I have met in the real world in a decade. He was a horror. Nasty. The kind of man who gets described as body parts. We waited, and waited, to pay by far the most money for the crappiest tree we’d ever had while he conducted loud and seedy business on his phone, and finally he deigned to run our credit card while sneering and grumbling as dramatically as possible. Under my breath, I called him “Mr. Personality.” He turned on me so fast and with such anger that I recoiled in fear like a woman used to being abused. It was the most thoroughly unpleasant transaction, I think, I have ever made in my life. 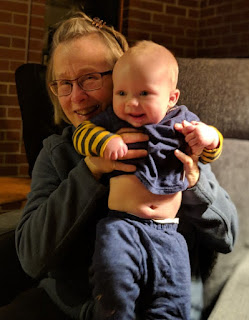 I drove away and pondered the loss of my equanimity. I rarely take things personally. I am seldom so affected by an unpleasant encounter; as a postal carrier, I looked at those as a challenge to win people over. But on this day my soul had already been steeped in a stew of small and hateful minds. I was already tender. You could drop a fork right through me.

Also? All the dreadful people need to be swapped out for goldfinches. Soon is good.