Let’s Hang On To What We Got 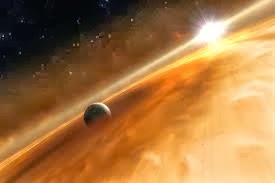 They’ve found over a thousand planets outside our solar system by now. It’s hard to spot an extra-solar planet all by itself. You not only need a good telescope, you need a giant hand to hold in front of its star to block out the glare. So mostly this is not how they’re found. One of the ways you can find planets in other solar systems is to measure just how fast the star is trying to get away from us; and if it’s dragging planets with it, you’ll see a wobble in its progress. It’s impossible to get up to speed towing the kids. Another way to discover new planets is to examine the brightness of the stars they’re revolving around. If the planet travels in front of the star in relation to us, the star should dim a little. In order to do this, you have to be looking at the star just when its planet is traveling across its face, or you won’t notice it. Space being the roomy place it is, the odds of a planet lining up between us and its star are pretty low, but it happens, and there are people–night shift workers, mostly–who spend all their time looking for it. As long as it doesn’t happen when they’re in the bathroom, they’ll catch it. 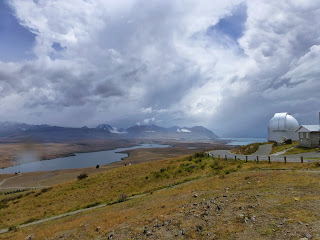 So we do know that there are planets out there in other solar systems, and sometimes we even know what they’re made of. They’ve recently located one made of rock and iron, just like Earth. Earth is mostly molten but crusts up nicely on the chilly outer edges. This new planet is whipping around its star in eight and a half hours and is not considered a likely spot for life. It would be hard for a critter to hang onto a planet flying around that fast, but inasmuch as the planet is entirely molten, holding on is the least of the challenges.

They’ve even found planets orbiting around pulsars. A pulsar is what’s left over when a star blows up, and all that’s left is the throbbing. I wouldn’t have imagined that any planets would survive their star going supernova, but they do. This should be a great comfort to the kind of people who are so insufficiently frantic about their own mortality that they need to worry about the sun blowing up. I’ve met them. They tend not to get worked up about climate change, for some reason. 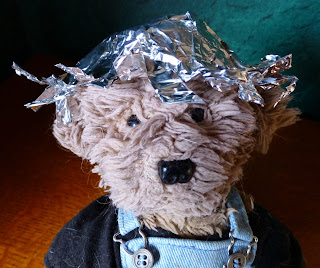 Scientists like to find planets they think might support life. Unfortunately, with the state of scientific literacy being what it is, this encourages people to imagine we might hop onto those planets once we’re done trashing this one. If you point out how many light-years away they are, they just think it sounds sunnier.

Of course, we needed to properly define what a planet is before we could assert we had found any, and recently we’ve come to a consensus. A planet must be big enough that its own gravity has spanked it into a round shape. But it must not be so massive that it begins its own thermonuclear reactions. If that happens (it would have to be thirteen times bigger than Jupiter), it is essentially a star, if not a major one. It would be called a brown dwarf, or, as they prefer to be known, a Little Star Person Of Color. But there’s a third requirement for achieving planet status, and this is the one that doomed Pluto: it needs to have mopped up most of the stuff around it. It turns out that Pluto is a member of a whole roaming pack. Not only that, but some of the other members of the pack are nearly as big and vicious. Pluto’s in the Kuiper Belt, a revolving swath of space crap including a few other spheres that could qualify as planets themselves if we weren’t enforcing that clean-up clause, but we must have standards. 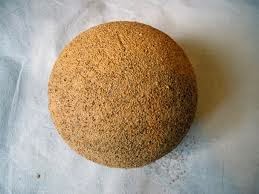 My favorite of the planets discovered so far is the one they’re calling the Fluffy Planet, with a density like that of cork. Even if it doesn’t have enough mass and gravitational pull to hold onto anything, we could always pin stuff to it.