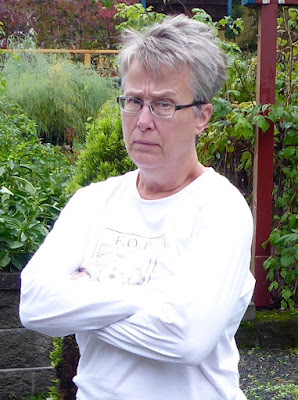 Not you, Donald. I know you can’t see me. Don’t need to talk about anyone’s pussy for me to know that. We all know what you think of us. That’s our superpower: you can’t see us, but we can see you. You’re a deeply insecure old fool, of only average intelligence and little education, who needs a lot of attention, and you elevate yourself by assuming you have nothing in common, even humanity, with anyone else. You further subscribe to the preposterous notion that wealth, no matter how it is accumulated, is proof of virtue. You’re a boob.

I’m waving at the rest of you, right behind Donald. You guys have spent way too much time in your little clubhouse. But we can see you, even if you can’t see us. We can see you, too, Speaker Ryan, even as you rise to our defense, scolding Donald and declaring that we women should be “championed and revered.”

Oh, I swann, Mr. Ryan! Thank you! That’s me, up there in the stands, in my pretty velvet gown, gazing in adoration as you arrive on your muscular stallion, your long lance in your hand! Now please help me down from this high seat you put me on and give me a little of your time. I’d like a word.

This is such a simple idea: I don’t know why it’s so hard to understand. But here it is: I’m not that much different from you. Believe me, it hurts me more to say it than for you to hear it. Even though I am female, this unknowable Other, I am a human being who was born and is going to die. That’s a mortal frame around us we share, and it’s more important than the bits we don’t share. And I can tell when someone is looking right through me without seeing me. If you say you revere me, I know you have no idea who I am.

Some club. You know what you people are missing? Empathy. A plain and simple willingness to see other humans as the humans they are. The ability to accept that another’s experience is neither the same as yours, nor ultimately that much different. Empathy means you should be able to imagine what it might be like to be a Muslim in a country that increasingly isolates and threatens you. Or an African-American who is repeatedly pulled over and searched for driving a crappy car, or a really nice car. Or a Syrian fleeing his only home with his bloodied children only to find there is no other home for him. Or an ordinary woman reflexively strategizing how to get home without being assaulted. Do some of us frighten you, or repel you, or bore you? That’s a sign you need to listen harder. It takes practice. The more you are able to imagine yourself in someone else’s skin, the more justice there will be in this world, and the closer we will be to achieving peace..

But you won’t. I can see you. I’ll see you in November.