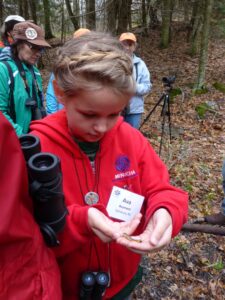 We’re familiar with millipedes. “Millipede” comes from the Latin for “Shit, that’s a lot of legs.” The Romans didn’t bother to count them. They just threw some hyperbole on it and called it a day. It was much later that scientists, due to the lack of naked Greek boys to admire, and in need of distraction, decided to actually count the little buggers’ legs. There weren’t a thousand. 750 tops, until recently, when somebody came across a millipede with 1306 legs. It was sixty meters underground—it’s getting more and more challenging to find something new—and it was in Australia. Of course it was in Australia. It probably has ten pouches and hairy eggs and sings about the billabong. Also, it has a beak.

Seems to me if you were going to find a millipede with 1306 legs, it would be because you noticed a moving millipede just rounding a corner and started tracing it back and the other end was still coming over the hill in the distance. But no. This one was only a millimeter wide and a centimeter long. It’s not a millipede: it’s a false eyelash.

It’s when the false eyelash begins to motor away from you that you realize, if you’re a certain kind of person, a fine and observant person, that you’ve got something new there.

Who counted the legs? Clearly, it was somebody under the age of forty. Nobody’s going to grind glasses with focal points for distance, intermediate, near, and millipede. And you can’t pay enough to get a person to count the legs on a centimeter-long millipede. That’s why we know it was a graduate student. It’s unpaid and lonely work, or it is if it’s successful. You don’t want someone interrupting. 582…583…584…shit. One…two…three…

And it’s likely that anyone doing this work is obsessive-compulsive to begin with. For instance, the person might have decided to count just one side and multiply by two, but by the time they get to the far end of the millipede they absolutely are going to talk themselves into counting the other side too. They couldn’t sleep properly otherwise. And if they come up one or two short—they’re going to start over. They just are. That’s a known drawback to millipede leg counting, and also graduate work.

Millipedes are not clumsy. It’s really a beautiful thing to watch them move, their very essence a ripple of life, their tiny muscles firing off in order like a long line of miniature Rockettes.

Your everyday millipede just kind of motors over the landscape like an ambulatory log but these super-long ones can actually move on up to eight different planes at once. Although how they were able to observe eight distinct planes in the space of one centimeter I do not know. That’s some fancy topography. But it led to the discovery of yet another critter: the little coxswain keeping track of progress from the final segment that hollers down the line Next Stroke! Bow Four Out! Go! Probably. Little Australian duckbilled fellow with a fake second head and antennae. Probably.

What else? Well, it says here: “Super-elongation has evolved between two and four times in diplopods based on a character state reconstruction using parsimony. Support values on nodes are bootstrap supports.” Well sure! Other techniques involved applied vainglory and an invidious extrapolation, with minimal reliance on tweezed spats! All right, I’m scientifically semi-literate, but I admit this had me stumped at first. I do, now, know what it means, but I’m not going to tell you. You can fall down your own rabbit-holes. I’ll just say some people have some mighty sophisticated means for figuring out things nobody else knew needed figuring out. And I like those people.