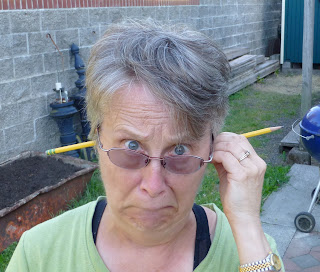 Says here in the paper that some guy in Germany just discovered the reason he’d been having headaches and sinus trouble for the last fifteen years is that he’s had a pencil in his head. It was four inches long and went all the way to his eye socket. You would think someone would have noticed at the time it went in, but maybe if it was a clean wound and only the eraser was sticking out, his parents just figured he’d grown a mole. I can imagine this sort of delayed discovery in the U.S.A., because health insurance is so expensive, but you’d think in Germany someone would have x-rayed his sinuses by now. Anyway, a surgeon was duly dispatched to get the lead out.

When I was in first grade, I too was stabbed with a pencil. The lead broke off in the meaty part of my hand, and there’s a scar there to this day. We didn’t have as many safety precautions in place as kids do now. No helmets, no shin guards, no seat belts, no locks on the cabinet under the sink with the Drano in it (although liquor cabinets might have been buttoned up), nothing to keep us from sticking a knife in the electrical outlets. There were some attempts at safety made at school. We were all issued tiny round scissors that you could bend up construction paper with, unless you were left-handed, and then you just had to hope it was glue-and-macaroni day.

Memory being what it is, I don’t know if I stabbed myself or some other kid did, but I assume it was some little boy, because why would I stab myself in the hand with a pencil? I don’t think he meant any harm, either, or I would have remembered who did it. He was just a boy in possession of a sharp object and he felt something needed to be stabbed, fast. He might have been playing World War II and was full of boy-juice and mistook my palm for the stout heart of a Japanese warrior. And I think it was a little boy because little girls hurt each other whole different ways.

Like Murooj Abbas. Murooj sat in front of me in first grade and one day she turned around and asked if she could borrow my brand new big square gum eraser, so I gave it to her. A few minutes later she turned around again with what I would learn years later is called a shit-eating grin on her face. She 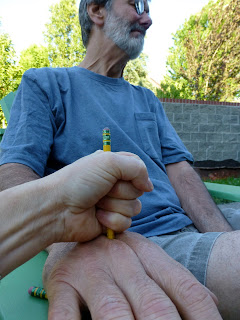 held her hand out to mine and dumped in a few crumbs of eraser, and turned around again. I never told anybody. I had grown up to that point with no defenses at all against cruelty and humiliation, because I had never experienced it, even though I had several older siblings. I had no idea what to do, so I just stored it in the only memory-closet I have that is reliably lucid: the humiliation closet. Most of my humiliations in life have been self-inflicted, so each incident of being targeted by someone else is crystal clear. I can tick them off in order, one by one.

Dave also has a scar on his hand from a pencil wound. He says he invited a boy to stab it out of an overdeveloped sense of justice, after he’d stuck a pencil upright under the kid’s butt just as he was sitting down. It’s one of the things we have in common. We like mountains. We like beer. People want to stab us. 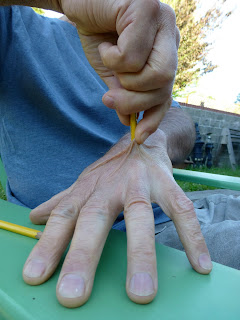