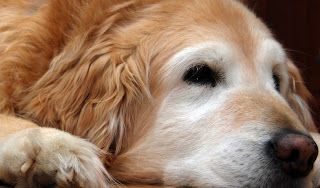 I’m still on vacation. While I’m gone, you can read excerpts from a book I wrote four years ago, Miss Delivery: A Postal-Mortem. This is the third part of a series that begins here and continues here.

I was a half-hour earlier getting to Mrs. Jackov’s house, but apparently had still not achieved the magic delivery time. The door swung open, and I ducked my head reflexively. My work ethic, personal habits and parentage were all brought up one at a time and speculated on. I had had time to think about it, and managed to insert a proposition when she drew breath for another tirade. “I could just ring your bell when I get here, and then you could hand me your outgoing mail,” I offered, just before the door slammed shut.

Back at the station, I made a general inquiry. Did anyone know what time Mrs. Jackov expected her mail to be delivered? As it turns out, everyone knew. And not just the carriers, either. Also the supervisors, and the clerks, and the janitorial staff—anyone who had ever been in a position to answer the phone. A gruff, unsmiling carrier turned towards me and spoke with the voice of a cattle rustler. “Dead last, kid,” he growled, stubbing out his cigarette for emphasis. “She gets it dead last.” I was awestruck. Maybe some day I would have the self-possession to carry off an attitude like that. That little reverie was quickly extinguished with the memory of my waitress stint.

Wally Collins was gone all week, failing even to call in a few of those days, which made him officially AWOL. He was rechristened, in his absence, “Awolly.” You never want to give postal employees a chance to yoke you with a good nickname. You’ll die with it. Just ask Crud-lips and Dribbles.

But by the end of the week, I had really picked up the pace, both sorting and delivering mail. One day, the mail volume was so light that I actually got out earlier than Awolly would have, and I blazed through the route just to see how well I could do.

It was very well indeed. Marbles, sound asleep by the wall, was nonplussed, but he elected to postpone his nap and provided the usual escort service. I had developed a bit of a strut by the time I waltzed up to Mrs. Jackov’s house. There were no letters hanging out of her mail slot. I stuffed her mail inside and turned smartly to go, getting as far as the first bed of tulips (planted in rows, rigid as soldiers) before the door snapped open. “Hey!” came the familiar snarl. “You’re early!” I smiled and took a little bow. Possibly, this was inappropriate.

“I don’t have my bills ready! How am I supposed to get anything done when other people can’t even keep to a damn schedule?” A host of retorts rose up within me along with some quite specific fantasies involving ice picks. What actually came out was a mild-mannered offer to come back and pick up her mail in a half-hour. It was not the loudest of the voices within me. How had it achieved dominance? It had been around the longest; it belonged to the well-brought-up little girl who said Yes Ma’am and No Sir and strove to reduce friction. Only the fabled ice pick had been around longer, but no one has actually clapped eyes on one since Trotsky.

The rest of the day I replayed the encounter, replacing my part of the dialogue with ever more vivid recreations. By the time I’d gotten back to the station my embellishments had sharpened right up and become audible. Even the notable fact that I had completed an entire route in eight hours did not soothe me. 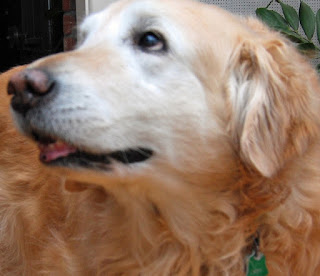 The next day, I was still engaged in perfecting my rant and was still lobbing some choice syllables into the air when Marbles offered to give me a listen. Marbles was sympathetic but was of the opinion that I should just do the best job I could and then sit in the sun, maybe drool a little. And it was Marbles who further suggested that maybe my job was a little more important than I had thought. For one thing, he transmitted, scratching his left ear with his hind leg, it was clear that Mrs. Jackov was determined to be angry no matter what I did. And if that was the case, why, it was important that I be there every day to bleed the pressure valve, or there could be dire consequences for the neighborhood and possibly (here Marbles briefly consulted an itchy spot on his tail) the whole world. This could indeed be one of the great contributions of the letter carrier breed. There were probably Jackovs in every place and time, and the everyday disappointment that the letter carrier brings is the only thing taking pressure off the system before they all explode. Without people like me, Marbles concluded, shards of malevolence from the Jackovs of the world would rain down upon the planet and doom us all.

Marbles sensed that he might be needed a while longer and accompanied me for the rest of the afternoon. When we turned the corner towards Mrs. Jackov’s house, we saw her open her door, check her watch, and place a letter in the mail slot for pickup. We arrived within the minute. The door flew open. Mrs. Jackov stared at me, face crimson, as I wished her a good day. I had turned to go before she found her voice. “I don’t know who keeps letting that damn dog out, but he’d better stay the hell out of the tulips,” she yelled.