May As Well Try And Catch The Wind

The good citizens of North Carolina have defined marriage as a union between one man and one woman. A union between one single man and one single woman is still called fornication. The definition of marriage is now firmly spackled onto the state Constitution, which only makes sense. The North Carolina state Constitution is exactly where I go to look up words, and I’ve always been foggy about that one. I get it mixed up with that thing in the desert where you think you see something, but it turns out to be an illusion. A lot of marriages are like that.

I’ve only been to North Carolina once, when I was a teenager. Dad bundled us all into the Volvo and drove us down to the Outer Banks to see the total eclipse of the sun. It was fabulous, it was divine. The sun grew dimmer and darker and then it went black except for the little light ridgy bits on the outside, which astronomers call the “tiara.” I’d just learned how to play guitar and that’s what I was doing while we were waiting for the sun to act up. I was probably playing “Suzanne” by Leonard Cohen. It only had four chords. Leonard Cohen was thought to be a great songwriter due to his inability to sing. We all thought it was a dreamy and cool song, because she touched your perfect body with her mind. We didn’t really know what that meant, but poets were always writing about their minds back then, when we still had them. 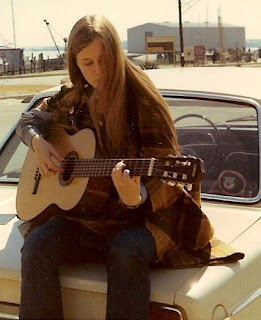 There were lots of warnings about looking directly into the sun. You were supposed to punch pinholes into a shoebox so you could see a projection of the progression of the moon across the sun. Of course, if that’s what you drive 300 miles to see, you could just stay home and look up a diagram in a book. I stared right at the bugger, and I’m glad I did. I will always remember it. I will always remember it because I still see a ribbon of dots in my vision from where it was burned into my retinas.

The Outer Banks of North Carolina are a series of long barrier islands that were put up to keep the ocean out.  They scrabbled themselves up sometime after the last Ice Age, although nobody’s really clear how. If they hadn’t existed, the good citizens of North Carolina could always have written them into their Constitution. The ocean is big and powerful and scary and it is only proper of the citizenry to protect itself from it. The barrier islands work pretty well most of the time but they are prone to  destruction from hurricanes. There are more and stronger hurricanes all the time, and there will be until someone works up a good amendment about them.

North Carolina’s new amendment was an important definition to put in the Constitution because the state of marriage is in disarray due to incursions from homosexual people who would just disappear if they weren’t always being encouraged, and it needs to be protected, in the same way apple pie needs to be protected from nutmeg.

I have a constitution of my own, although it’s just written down in what’s left of my mind. And I’ve had to amend it to define North Carolina as a beautiful state I won’t be visiting until the sun comes back. Which it will. You can’t keep the sun from shining, and you can’t stop a hurricane.