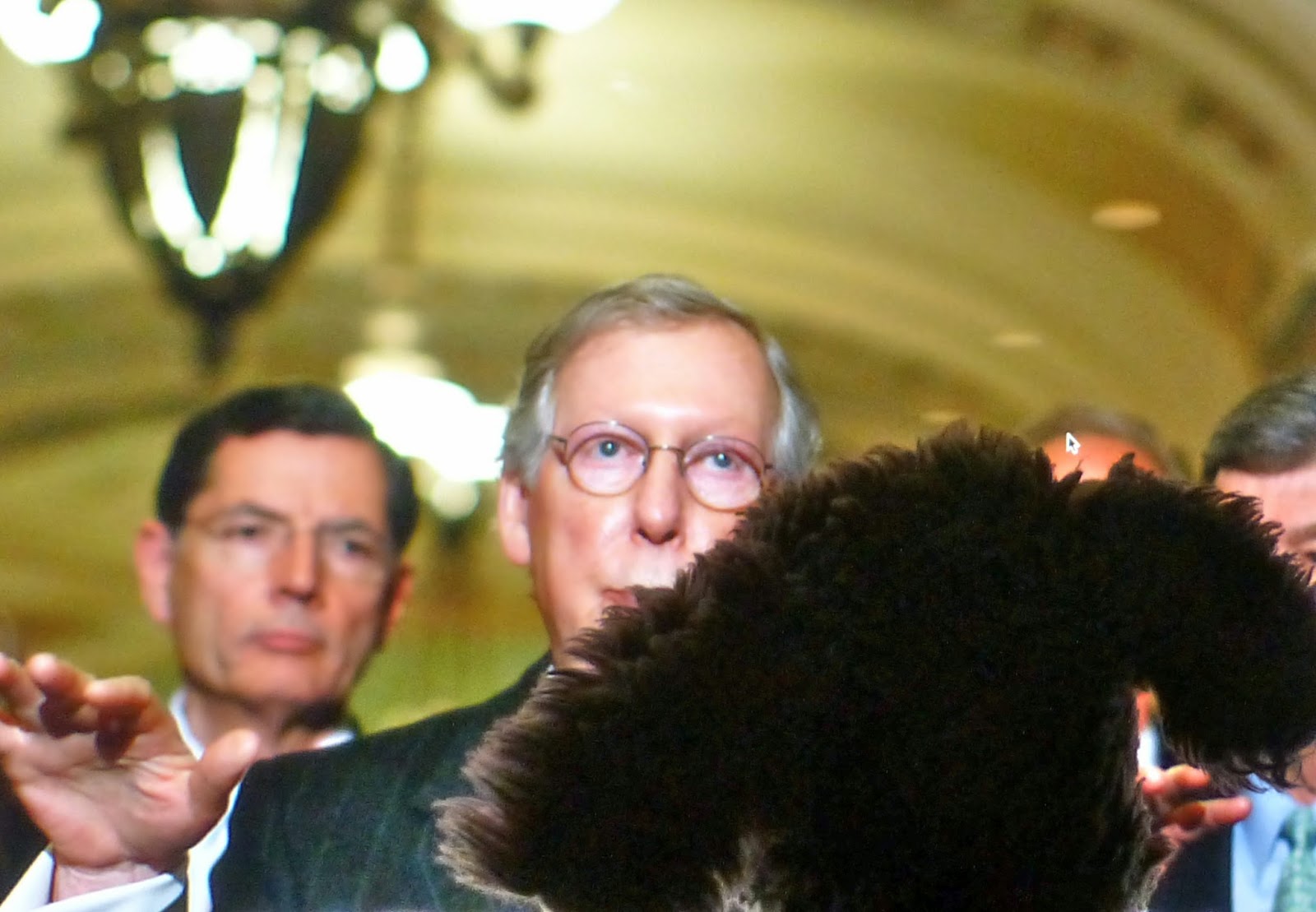 The atmosphere in the ExxonMobil Room was electric. The new Senate Majority Leader Mitch McConnell pranced in on his coal-black unicorn Republican Wave, slid off with the agility of a much younger man, and bounced up to the microphone, his cheeks pink with arousal.

“Sir, before you claim a mandate, would you care to comment on charges of voter suppression?”

“Please. Have you seen the turnout? Those people voted longer than anybody. Leave it to the coloreds to have nothing better to do than stand in line all day to vote! Am I right? Now. The American people have spoken, and they said it’s time to get things done. The American people said they’re not interested in climate change, so: Job One. We’re getting rid of it. Poof!”

Cheers erupted as Mr. McConnell waved his tiny wand and a swirl of black dust settled over the room. James Inhofe, presumed new chair of the Environment and Public Works Committee, patted his fingers together in ecstasy and had to be excused when he sprained his face giggling. Republican Wave whinnied and hawked up a loogie while Lamar Smith, chair of the House Science, Space, and Technology Committee strolled in to enthusiastic applause, flanked by Adam and Eve and a triceratops.

“That’s right, sir,” he said.  “The American people sent us here today to solve problems, and the biggest problem we face is science. That’s Job One, right, guys? Let’s all give a hand to our friends here, Adam, the little woman, and this big fellow.” 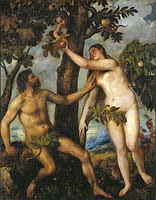 Adam nodded shyly and patted the triceratops on the thigh, his fig leaf beginning to flutter. “Found him in the Garden of Eden,” he said, as Eve cast him a demure smile. The triceratops rumpled up his face plates in confusion and motioned for an interpreter.

“But you can’t–” the reporter winced as if in pain–“you can’t just wave a tiny wand and make science or global warming go away. You–“

“Just did, son,” McConnell said, his hand in a complimentary bowl of Cheetos. “It’s the responsible thing to do. Look. You can have all the airy-fairy theories you want, but at some point you need to grow up. We can’t fix climate change and burn fossil fuels both. And the American people know what they want. We’re not going to stop giving it to them until all the money is drilled out. We’re the greatest nation on Earth! We’ll be fine.”

“But–but that’s like saying Hiroshima was no big deal, because the Enola Gay had comfy seat cushions.”

“Exactly.” Member of the assembled new Republican majority shrugged in unison, pleased at the consensus.

“Job One number three,” House Speaker John Boehner put in, dabbing away a tear, “Repealing Obamacare.” He held his hand up, acknowledging the ovation. “We’re going to rip Obamacare out by the curly hairs, and replace it with a good Republican plan that guarantees a marketplace of affordable insurance options, prohibits the cancellation of coverage for pre-existing conditions, and allows children to stay on their parents’ insurance until age 26.”

The reporter appeared to be working out a kink in his neck. “But that sounds exactly like O–“ 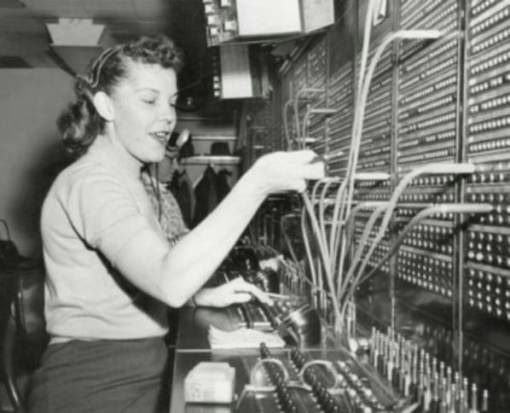 “And no website. Am I right? We’ll have Marge and Phyllis back on the switchboard, doing what they do best for America. Make no mistake: we are here on America’s business, but we are extending the crabbed hand of cooperation and hoping the President will agree to meet us halfway. Say, the sixteenth century,” he concluded.

“I would like to point out at this time,” whined Harry Reid from a low stool in the corner, “that the room is fast filling up with unicorn and triceratops shit. And your friend Adam over there is looking a little gassy. Can we adjourn until such time as we get this all cleaned up?”

“Cleaned up!” McConnell was tinkly with laughter. “Let me show you how it’s done, my friend. We don’t clean up. We’ll just adjourn to the GlaxoSmithKline Room for now, head over to the Monsanto Cafeteria for lunch, pee-pee in the BP teepee, and reconvene tomorrow in the Johnson and Johnson Senate Chambers. Clean up!” The room had collapsed into hilarity, with several members off-balance from attempts to connect with a high-five.

Boehner honked merrily into a hankie. “It’s not like we’re going to run out of rooms,” he wheezed.