Mom On The Mantel 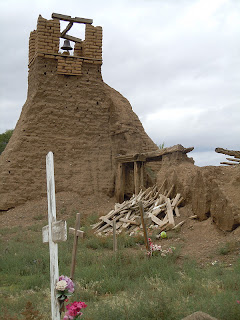 At the old cemetery in the Taos Pueblo, I couldn’t help noticing a jumbled heap of crosses and headstones piled up against the wall. The tour guide explained that once a cross slumps over, they set it aside but don’t replace it, and eventually they slide someone else in on top of the unmarked grave. So there’s sort of an expiration date beyond expiration. This is sensible; this helps to relieve density in the thicket of hovering souls.

Beyond that, though, it also speaks to my own suspicion that the value of any dead person changes over time. In general, the deader you get, the less anyone cares about you, until you get really, really incredibly dead, and then you’re interesting again. Which is why the prospect of digging up someone like (for instance) my own mother isn’t as exciting as digging up a certifiably ancient soul, one rigged out with antique tools and funky 6,000-year-old shoes, say.

I bring up my mother because of something I heard on the radio the other day. In some areas of Rumania, people bury their dead and then dig them back up again after enough time has passed to scour the expressions off their faces. And then they clean up Grandma’s skull and put it on the mantel. Something about this appeals to me. 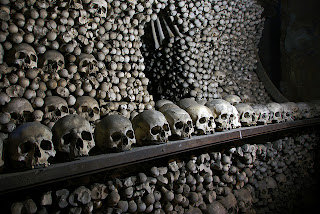 It would be sort of a good-luck charm. I doubt that it would creep me out. For one thing, I would never recognize my mother in skull form. She was too fluffy. Daddy was a little more solemn, but it would still be a stretch. And in either case, there are no skulls to be dug. Our family tradition is to render our dead into a snortable condition and tuck them into a small box.

On the other hand, I would totally recognize either of my great-aunts. Hell’s bells, they were old. There would be plenty of room on the mantel for their entire skeletons, sitting up. Great-Aunt Gertrude and Great-Aunt Caroline were miniatures. As far as I have been able to determine, they were never not old. Even in the cave paintings, they look a little grisly. Family lore holds that Caroline wanted to marry a Jewish fellow early on, which was unthinkable, so she remained a spinster attending to the needs of her even more spinsterial sister Gertrude until she died at age 104. Sure, they had their fine points, both having been professors at Smith College, but the whole story seems tawdry and nothing for me to be proud of. Although I will hold that the older you are, the more you should be venerated; in fact I feel more strongly about that with every passing year.

But the veneration thing is always a problem when someone trips over a really old skeleton. These days they can learn so much from one. They can determine what he ate, what he used to clonk what he ate over the head, where he came from, and whether he liked to take long walks along the beach. But no sooner does someone fling him into the air with a bulldozer than some tribe or other starts squawking about sticking him right back in the ground. The land where the skeleton was found either is sacred already or was sanctified by the newly discovered dead-ancester vapors, and the ancestor himself absolutely must not be disturbed. And you can’t work up a good counter-argument because of that whole Christopher-Columbus-and-the-smallpox-blanket thing, the disgrace and shame of which is now installed on the same chromosome as whiteness. It’s vexing. 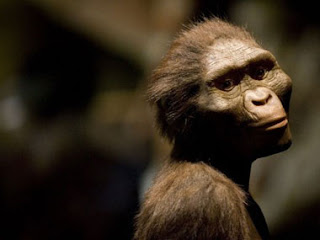 Because the science of mitochondria has also determined that every one of us can trace our ancestry back to a single miniature woman in Africa, and that means we’re all related to each other, and we all came from somewhere else. What if we were meant to venerate everyone? What if all our land is sacred?

How the hell is that supposed to work?