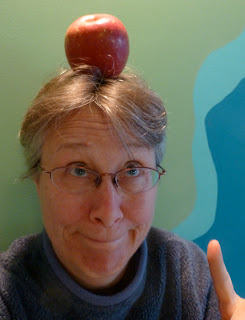 It’s spring. The daphne is blooming, the people dressed up as the Statue Of Liberty are hawking tax preparation offices in the strip malls, and the scent of Windex hangs in the air. The annual ants came in last week and set up a bivouac in the kitchen from which to run operations for the next few months, and we have been casting a blessing of Windex over their tiny asses, in what amounts to a minor harassment of the entire organism, which is 40,000 ants strong. We will continue to do so until the day, perhaps in early July, that they decide on their own to move outside. It’s what we do.

When we consider our complete inability to budge our annual ant population in an area as small as our kitchen–not to mention my inability to rout a replicating cold virus in an area as small as my nose–it is ever more wonderful to contemplate the problem that has challenged scientists in Guam, where an army of brown snakes has invaded and multiplied, and cattywamped the local ecosystem. The scientists are trying to come up with a plan to eradicate the invaders and restore the balance of native wildlife. It’s a daunting task. The jungle is much bigger than our kitchen and much, much bigger than my nose, and it’s going to take some creativity to come up with an idea. But that’s what good science does. You must have facts and you must have education, but without creativity science does not advance.

Thus Friedrich Kukele dreams of a snake biting its own tail and wakes up knowing the structure of the benzene ring. Thus an apple drops on Isaac Newton’s head so hard it smacks a theory right out of it. These people succeeded because of the natural ingenuity of the unfettered mind, as much as any artist or musician. 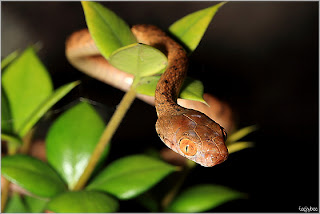 Or, in this case, the very same sort of collaborative creativity exhibited by frat boys with desires, curiosity, a week off, and buckets of alcohol, without which they will never achieve a lifetime of regrettable body art or a possibly fatal road trip.

Yes, the scientists are going to airdrop dead baby mice spiked with Tylenol and wearing parachutes over the jungle in Guam.

This had to be a group effort.

“Ideas, guys, we need ideas.” Jason taps a whiteboard with his marker.

“Let’s bop them on the head!” Ethan is excited. He bounces up and down in his seat.

Ethan reconsiders. “Let’s drop things on their heads from a great height!”

BEAN THE SNAKES, Jason writes on the whiteboard.

Katie, off in the corner, rolls her eyes. “Snakes have notably small heads,” she says, feeling tired already.  “I think your beaning success rate will be vanishingly small. Perhaps we can come up with something that, I don’t know, works with nature and doesn’t rely so much on adolescent fantasy.”

BEAN THE SNAKES is rubbed off the whiteboard.

“I know! Let’s harness the abilities of a natural enemy of the snakes.” 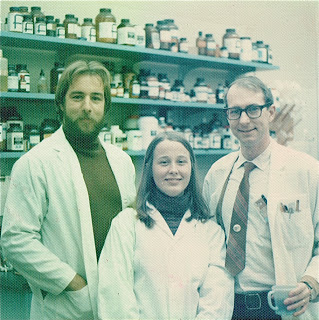 “And yet–” Katie rolls her eyes–“oddly enough, they are not known for being particularly aggressive toward snakes.”

“We use the brooding females. Their protective maternal instinct will kick in over their fear, especially if we arm them. We can give them tiny little hammers! I can totally manufacture a tiny little hammer using 3-D printed material technology.”

“Awesome,” Jason says. Ethan runs out of the room.

Katie rolls her eyes again. “You’re not going to get a mouse to march up to a snake and smack it with a hammer. Especially not a brooding female. They have a forked uterus with fetuses lined up on either side all the way up to the armpits. Once she’s pumped them out, she is not going to care if she comes up a couple short.”

Ethan runs back in brandishing a tiny prototype hammer and the men Superglue it to a mouse’s head. The mouse takes two steps, tips over frontward and pedals its rear feet in the air. “Shit,” Ethan says. “I already made 10,000 hammers.”

The room is quiet for a few moments.

“I know! Katie, you said there is an excess of baby mice?”

“Depends on your perspective.”

“But there is no shortage. We can glue the tiny little hammers to the baby mice and drop them on the snakes! It’s perfect! If we drop them from high enough. We can do a blitzkrieg!”

The room fills with swooping arms, rat-a-tats and World War II bombing-raid plane noises. BEAN THE SNAKES goes back up on the whiteboard. Katie’s eyes are, at this point, permanently rolled up.

“Several things. One, PETA is going to have a conniption. Dropping baby mice out of an airplane! Two, our snakes are not on the ground waiting for death from the sky. They live in the trees. They’re going to be mighty hard to bean.”

“We could pump a painkiller in the mice. They won’t feel a thing. Matthew, go dope up a mouse with Tylenol and see if you can drop it on a snake head. And as for the trees–“

“We could drop them in by parachute! Tiny little parachutes.” Ethan looked ready to bolt from the room again.

“This is getting complicated.”

“No wait. This could totally work. The baby mice get hung up in the trees by their parachutes. The snakes eat the mice and choke on the chutes.”

Matthew races back into the room. “Dudes! Snake ate the mouse and dropped dead! It’s got to be the Tylenol!”

“Katie and Gentlemen, I believe we have a plan,” Jason says, as Katie wades through a sea of fist-bumps, cheers, and high-fives in search of the Tylenol. “And you know what that means!”