Murderers In Our Midst 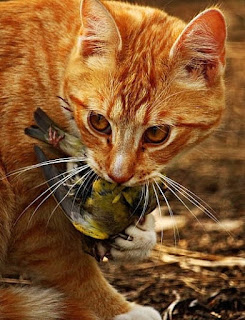 I had sworn off arguing with people about politics on the social media, just to give myself a break. But after a few days my pulse rate had gone logy and I was sleeping through the night. Who knows what I might be missing in those hours previously devoted to lying awake wishing people were smarter? Is it wise? Shit isn’t going to worry about itself.

So just to get a life-affirming dose of venomous hatred, I wandered into a thread on the neighborhood vine about outdoor cats.

I’m gingerly about that sort of thing these days. Something I might have thought was a simple offer of information turns out to be a highly obnoxious invasion of other people’s private business and a threat to their God-given freedoms. Offense is liable to be taken. Epithets are liable to be flung. I edge up to the subject like I’m putting my neck on a slab. 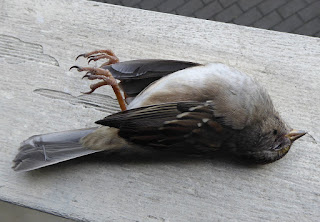 “Oh hi,” I begin. “You know, that’s exactly how I used to feel about letting a cat out myself! LOL! But then I did some reading, and I decided I would always keep my kitty indoors. I LOVE KITTIES! I just had no idea what a huge impact they had on our native wildlife. And I had no idea they are an invasive species. I just figured they’d always been around and they always ate birds and everything was in balance. Nope! In fact…”

Typical liberal, always so sure you should decide what’s best for other people to do. You want to take my car away next? Fortunately this is still a free country.

[Ed. note: Did you know your hair can be singed off by being too close to a cat thread on the internet?]

I like my cat better than your stupid birds. Mind your own business. People like you make me sick. 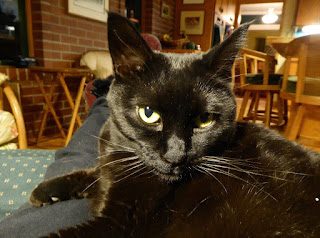 …Speaking of sick, there’s a special problem with cat shit too, because it carries a parasite that can infect a…

You know so much more than the rest of us and we’re all SO grateful for your input. BTW, birds poop all over your garden too, you know. Maybe we should all stay indoors?


I just thought that if…hey. Aren’t you the same person who was just on this site last week all huffy about people who don’t pick up their dog’s poop?

Dog poop is disgusting. You have to pick it up. It’s the law. 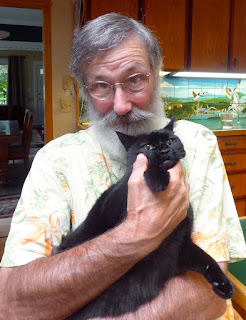 We grew up rolling around on the lawn with the chiggers and the dog poop. Our mothers put the hose on us at the back door and made us strip down before we came in. Dog poop was everywhere. Desiccated white turds and giant smeary piles. People let their dogs out in the morning and they were expected to gang up and terrorize little kids until they were brought back inside for the night. They weren’t precious little purse pups either, the kind ladies pluck out of their pocketbook to pop a poop like a Pez. They weren’t going to dent you in the ankle socks. They were going to come at you pointy end first and bowl you into next week. They were named King and Duke and Bruno and they’d use your little four-year-old legs for dental floss. You didn’t know how fast you could pedal a bicycle until the pack came around the corner and showed you a gear you didn’t know you had.

Nobody wanted to pick up poop or walk a dog three times a day then either. They wanted their dogs and their kids happy and worn-out, and that’s what they got. But things changed. Most of us think they changed for the better. Maybe not the kids.

One of these days people are going to feel differently about the toxoplasmosis land mines in their tomato patches and the songbird massacres and things are going to change again. In the meantime I have a jet spray setting on my hose and a great fondness for urban coyotes.

OK, Boomer, touch a hair on my cat and I’m coming after you.


Go ahead and try it, Junior. I can pedal a bike real fast. You’ve got allergies and asthma and you can’t read a map.