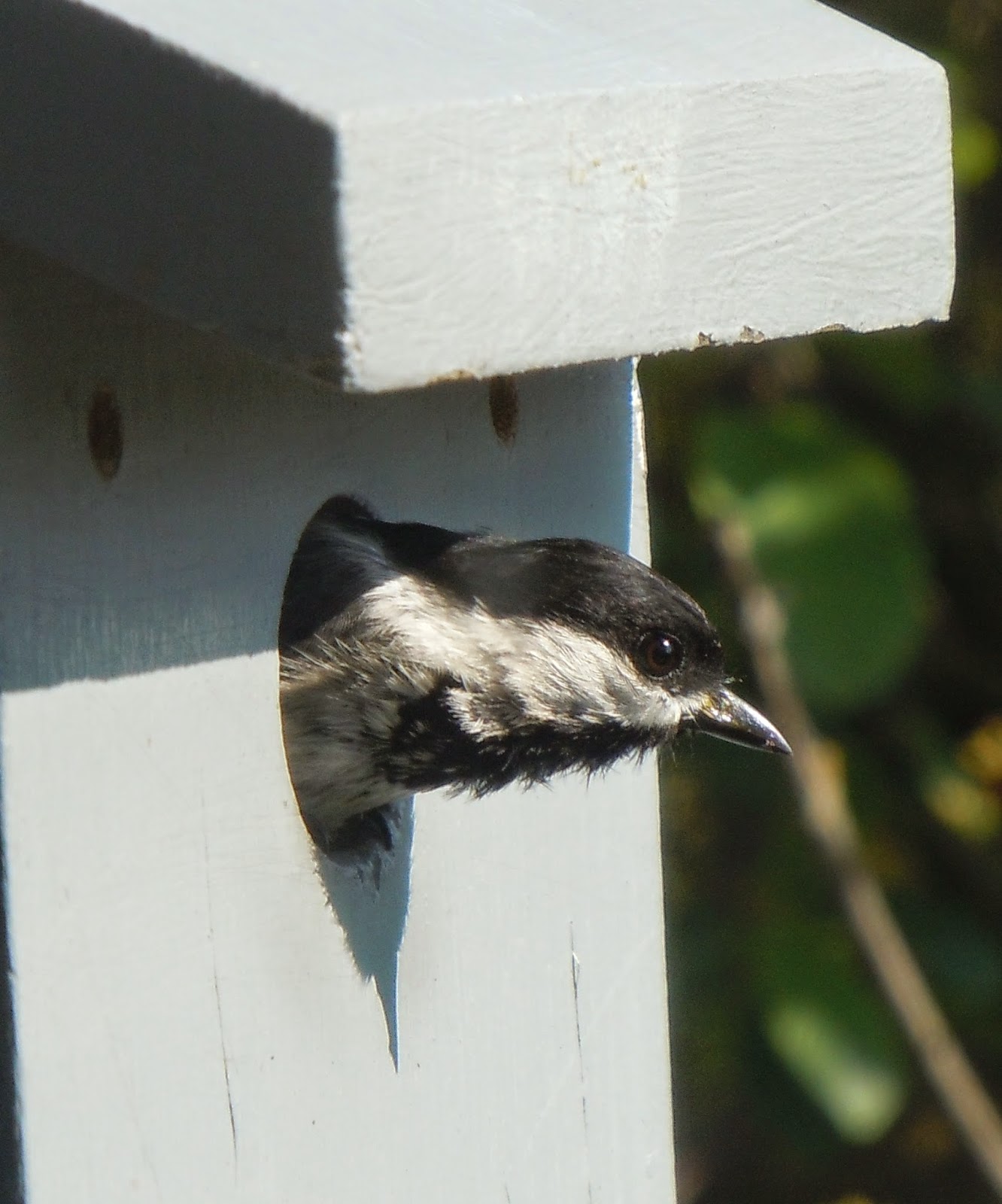 It’s spring, and as usual, I am obsessing about the new-chickadee production line. Every year I am privileged to witness a pair of chickadees setting up house in a nesting box mounted a foot outside my writing window. (That might seem close, but it’s not hard to live right next door to a writer. They’re real quiet and most of the time they don’t even move much.) Anyway, with the chickadees, there is nothing to distinguish one bird from the other until an egg drops out of one of them, and that probably takes them by surprise, too.

It is said that one way to determine the sex of a chickadee during nesting season is to notice its behavior. If it is fluffing and flapping like a baby bird and demanding to be fed, it’s probably a female. If it falls for it, it’s probably a male.

There are other ways of telling a male chickadee from a female, if he’s got spring fever, but no polite ways. Both birds have a cloaca, or a hole they pee and poop through, and unless an egg happens to be shooting out of one of them at the time, they look pretty much the same. Supposedly the cloaca on the aroused male chickadee is a little swollen, although, as always, that’s the kind of claim that can be prone to exaggeration. 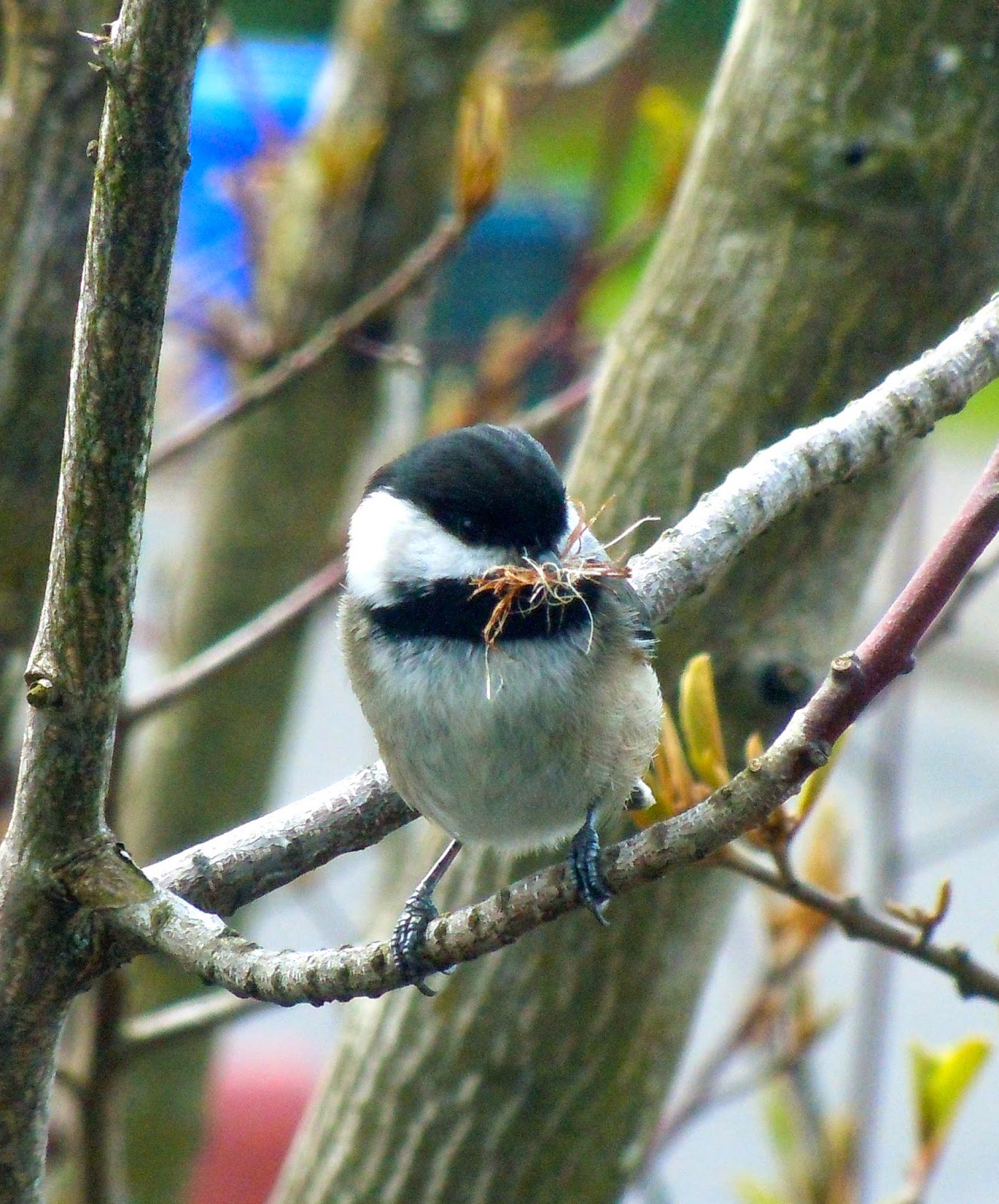 Anyway, you’d have to grab the bird and flip it upside down and blow on its belly feathers to tell, and I wasn’t raised that way. We were Lutherans. Every one of us was conceived in chastity and dedicated to the proposition that all men procreated politely and with only as much fuss as is necessary, and no more. We’re not really even supposed to think about the cloacal region.

So, as usual, I don’t know the specifics about my chickadee pair. They could be two boys for all I know. Not that I’m judging. That’s as good an arrangement as any, and they can always adopt. Although they’d have to settle for a cowbird.

Assuming it’s new baby chickadees we’re after, though, basically what needs to happen is an encounter between boy and girl cloacas sufficient to transfer genetic material. Nothing is being inserted into anything. And since the cloaca is being used to poop through, it must be admitted that in their case it is pretty much possible to get knocked up by sitting on a toilet seat. The encounter is called a “cloacal kiss.” It can’t be easy. They’re kind of round down there. They don’t bend much.

Nevertheless, I suspect they have been successful in previous years. I can’t prove it. All I can tell for certain is that the birds took an empty box and put peeping sounds in it. Weeks later, there was more than the usual number of identical chickadees hanging around the tree. I could draw quick conclusions from these two observations, but the science-ist in me must acknowledge that there could be alternative explanations. For instance, with the peeping, it could be that my tinnitus might have become temporarily adorable. And, there could have been a chickadee convention booked in my tree. So I don’t 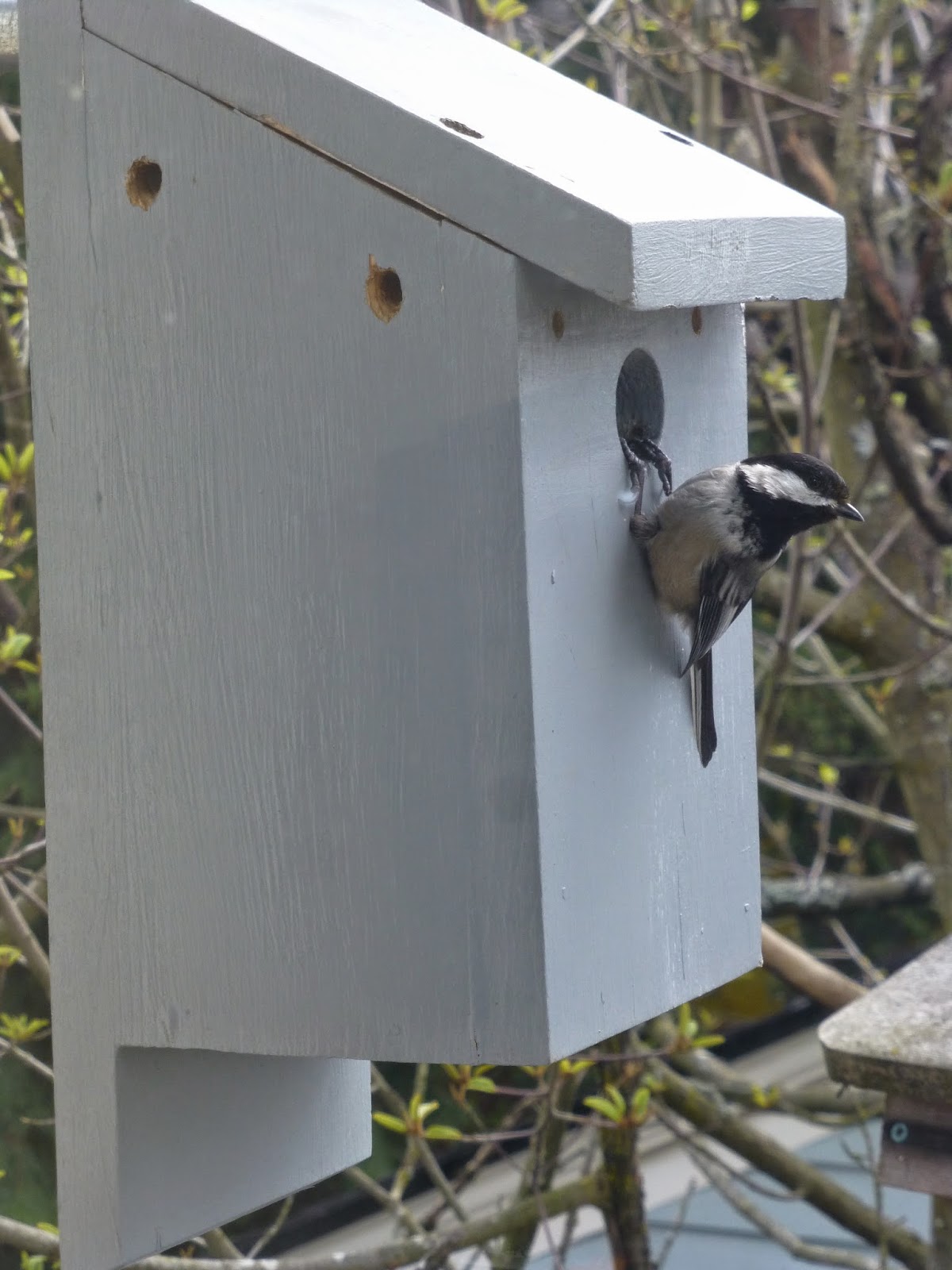 know if my birds made new birds, but I would consider it supporting evidence if I were to witness an actual cloacal kiss.

And then, this year, I did! I was alerted to the activity by an audible onslaught of chickadee sweet-nothings. It’s not real clear to an onlooker when the deed has been accomplished. It didn’t take long. Did they make contact? Hard to say. There was a flurry of feathers, but if an eight-ball and an eleven-ball rolled around together, only time will tell if the numbers ever matched up.

Let it be said that even during the moment of passion both birds fluffed and flapped and begged and twittered like babies in an identical fashion. They still don’t know who’s who. But I don’t think they need to.