My Call Is Very Important To Them 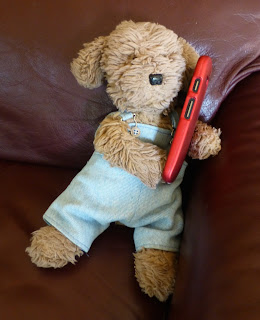 I’ve told you about my internet service provider Spiretech before. You call them up and someone answers on the first ringy-dingy. They fix what’s wrong. Twice they even had me bring in my computer–they’re right in town–and decontaminated it for free and got its vaccinations up to date.

But the best they can do for me is DSL through the phone company, and not the fast kind, either. It’s way better than dial-up of course but there are problems. More and more my computer acts like it’s taken in a bolus of data and it can’t swallow. I really need an internet service with a bigger esophagus.

So I was ripe for the picking when I got a cold call from the phone company offering me super duper fiber based speed-of-light internet service, and if I signed up today they’d throw in extra fiber, and vitamins and minerals and TV. And candy through the mail slot. I signed up. I hated to do it. Poor old Spiretech. They’ve been so good to me. And now I’d have to change my email address and probably about a thousand usernames. On the plus side, I’d be able to send Comcast packing for my TV connection. Everybody hates Comcast. 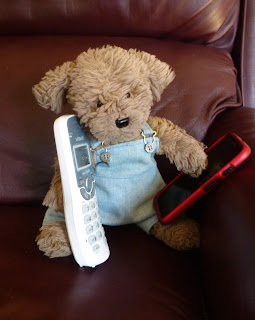 We shook over the phone, the salesman and I, and he promised to send an installer by on October 16th and email me a raft of information about what I’d agreed to, and that was that. And that was two weeks ago. And no email. I did scrawl a confirmation number on an envelope I managed to not recycle. So today I called up and asked for my information. Well!

The hold music was peppy. There was a boogie-woogie element to it that I approved of. I waited only a couple minutes and then got a guy who knew a guy and I got put on hold again so he could connect me to the guy he knew.

That guy was popular, all right. He didn’t come to the phone for another ten minutes, during which time I was able to ascertain that the boogie-woogie element was but one segment in a medley that included a Europop offering that got old quick. “Logan,” once he showed up, had a nice voice that appeared to originate in this country. So that was innovative. We talked. He had to put me on hold to check my status. 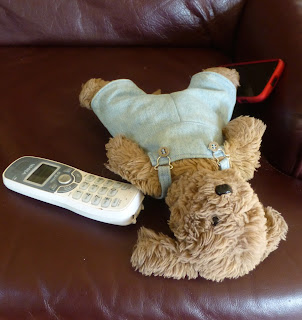 And that status was that I hadn’t gotten an email because someone (else) put my order in wrong, and he wasn’t sure if anyone was really coming out on October 16th or not. Did I remember what I’d signed up for? Well, I thought it was the whole works. Did I remember how much I was supposed to pay? Not really. All that was supposed to be in the confirmation email. Logan didn’t know what I was getting, or when I was getting it. He suggested we start over. Fine! But before he could start over, he needed to make sure my other order was not merely dead but really most sincerely dead, so that my orders wouldn’t trip over each other on the way to my house. He put me on hold.

Really, the boogie-woogie element wasn’t that great. I mean, all boogie-woogie is just fine, but the bridge was lame, and the refrain was totally derivative. The segue was a complete rip-off from the Doobie Brothers. They should sue.

Logan checked in periodically to see if I was still there, and I was. Because my cell phone keeps track of such things, I noted that I had now been on the phone for 64 minutes. You don’t give up. It’s the Vietnam War syndrome. We’ve already lost 50,000 of our boys, and it would be a dishonor to their memory if we didn’t sacrifice a few more platoons.

Logan came back on. “Mary? Are you there?” I’m here! I shouted into the phone, like a trapped coal miner. Can you hear me? 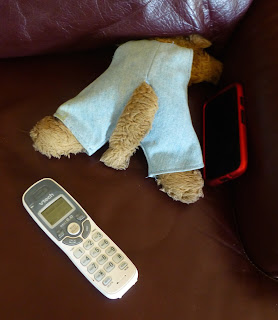 Apparently not. The hold music was off, and I heard random clicking from his keyboard, and also the entire conversation of the woman working next to him. She just had her toenails done. I know! But sometime you just got to do things just for you own self, am I right?


Logan came back on every two minutes or so to see if I was still there, but he didn’t answer when I bellowed back. It was clear he could not hear me. I began to consider hanging up. I thought back: was this phone call being recorded for quality purposes? I sincerely hoped so. I didn’t remember. That would have been–check the phone–79 minutes ago. Then the phone went dead.

A few seconds later my land line rang. It was Logan, clever dude. He was pretty sure he’d gotten to the bottom of the problem. So we were going to start over. Next Tuesday.

“Is that when you’re sending someone out to hook me up?”

No. He’d call me next Tuesday to place the order. I didn’t ask why we couldn’t do it now. I was too happy we weren’t going to do it now. I’m going to send Logan a Christmas fruitcake, I’m so grateful we aren’t doing it now.