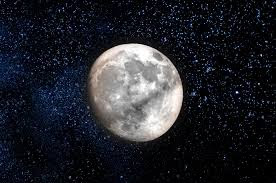 Let’s hear it for the Babylonians, who either invented or discovered astrology, depending, a long time ago. The Babylonians worked it all out just before being obliterated by Cyrus the Great–bummer they didn’t see that coming!

But there’s something to the idea that mere antiquity gives a philosophy weight. After all, rumors still persist that even before the invention of the written word, the primordial Wakka Wakka people were well on the way to proposing a Grand Unified Theory of particle physics, when unfortunately their oral tradition was disrupted by the terrible Tongue-Eater tribe bent on expanding their woolly-rhinoceros hunting territory. Such a loss.

Astrology, however, continued to thrive long after the Babylonians failed to, because it is fun. You get your own chart. It’s your chart! Not really like anyone else’s! You feel like a five-year-old with her first backpack that has her very own initials on it. It’s very specific, and just as good at explaining your life as anything else. You can open a can with a car tire, too.

An acquaintance practices the occult arts for a living. Shortly after we met, she asked me my zodiac sign and I made her guess. She finally fetched up at “Libra” eight signs in. “You know how I knew?” she said, triumphant.

She has since explained various aspects of my personality to me, although I rarely recognize any of them as being my traits, and when I squinch up my eyes and say “Well, not really, I’m just the opposite,” she tells me that it’s because probably my moon is somewhere or other. Else. In a house. There are a bunch of houses. That moon could be anywhere. You can’t trust it.

The idea is that the position of the planets (and moon and sun) at the very moment of your birth determines a lot about who you are and what you may become. Your whole natal chart is thrown out of whack if you’re off by a couple hours.

My mother was clearly aware of all this, which is why she had me induced one week before the school cut-off and two weeks before my due date, so that I would grow up to be the kind of kid likely to enter first grade at age five instead of age six and ultimately leave home altogether as soon as possible, because she and Daddy were getting on in years.

Astrology worked well enough to be considered a science for a long time, but there were always things that didn’t quite add up, until, finally, the missing piece showed up in 1930, when Pluto came on board and straightened out the whole franchise. Unfortunately, he later retired as a planet, and now just does consulting part-time.

I’m not certain what mechanism the planets use to influence our psyches. Evidently it has to do with energy, which will remain undefined out of respect for its mystery. All the planets have different kinds of energy. I don’t know which one holds the most sway over me. But the smart money is on a gas giant.