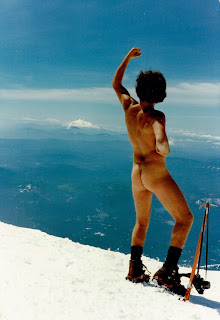 Ten trekkers climbed the highest peak in Malaysia, took their clothes off, and snapped photographs of themselves, thus pissing off the mountain to the degree that, after thinking about it for a few weeks, it let fly with a fat earthquake. Four of the trekkers were fingered and detained and the remainder has apparently fled the country to points unknown, putting nerves on edge at the margins of tectonic plates worldwide.

The trekkers themselves have mocked Malaysian authorities who have accused them of causing the earthquake, but they’re on shaky ground. I myself once climbed our state’s highest peak in the company of a young man who stripped down to his hiking boots for photographs at the very top, in full view of Mt. St. Helens, and two days later that mountain shot off some thousand-plus feet of elevation. Coincidence? 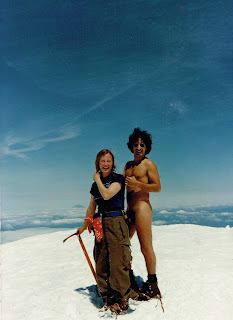 In that case, and also in the case of the Malaysian visitors, the climbers’ motivation was the same: they were expressing their sense of freedom, they were getting closer to nature, and they were young enough to be pretty goddamn proud of how they looked.

There’s a good record of evidence that public indecency has a direct causative effect on earth movements, so much so that we can conclude with confidence that if there is an earthquake anywhere, somebody somewhere was probably naked. Similarly, it is also true that such events always happen in threes, given enough time, after which we start counting over. There is some disagreement on the issue in scientific circles, although scientists can generally be discounted because of their habit of writing snotty personal emails. However, they do make a good point that there used to be a lot more tectonic activity when the world was younger, long before humans were invented, and even longer before pants were invented. Still, the science is young, and it is expected to be years before we can devise methods of verifying episodes of naughtiness among trilobites.

Vagaries of climate can similarly be traced to untoward human activities, as was recently noted in the California legislature, when an assemblywoman declared that the terrible drought was caused by God’s wrath over abortion. And there might be something to it. I once voted for a presidential candidate who merely favored abortion rights, and I not only didn’t get my man, but we ended up with some weird massive war. There was a Dick hanging out then too. 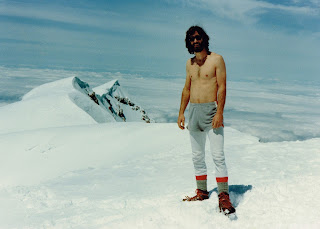 And whereas I am certain that the trekkers in Malaysia did somewhat tardily cause the earthquake, I’m not so quick to maintain that the mountain was pissed off. Could have been it was just excited. I’d have to see the photos.