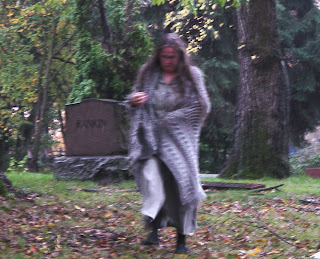 Even when I was little, I read the obituaries. The Washington Post used to print some that started out with a one-word sentence: “Suddenly.” Those were the ones I was looking for. They pushed every mortal button I had. A child does not even want to think about “suddenly.” But I couldn’t look away. I never saw one that started out “Gradually,” although that probably applied at least as often.

When I first began reading the obituary column in The Oregonian, most of the information was contributed by family and edited for clarity. Among the things I noticed right away is that people in North Dakota come here to die. Nearly one in ten people who show up in our obituary column were born in North Dakota. Inasmuch as there are only three or four hundred people living in North Dakota, this is a striking statistic. In North Dakota, where the phrase “he bought the farm” means he bought an actual farm, the phrase “he moved to Oregon” must have a sinister connotation. “Shame about Ole,” they’d say at the coffee shop, “he was doing poorly all winter, and then he finally moved to Oregon.”
The format of our local paper’s obituaries has changed from time to time over the years, and recently, in a very wise marketing move, they have been stripped down to the very basics: name, birth, death, occupation, survivors, and details of disposition. It wouldn’t matter if you’d lived to be a hundred or died in your first week; your obituary is the same length. There’s your slid-out date, your keeled-over date, and the points in between put as tersely as possible. Alexander Graham Bell. March 3, 1847 – August 22, 1922. Al was in communications. There you have it.
If you’re a recently deceased person, there are only two ways to get any ink in the Oregonian. One is to have signed up for one of your fussier religions. A recent example starts out normal and then hits its stride in the third line: “Colleen is survived by her daughters Eileen, Patricia, Mary Claire, Mary Celeste, Mary Elizabeth, Mary Margaret, Mary Mary, Shirley, Goodness and Mercy, and her sons, Francis X., Patrick, Dominic, Ryan and Thomas.” Picking up speed by line four, we are informed that “Visitation will be from 10am to 5pm Friday, Oct. 30th, in Boswell’s Funeral Parlor, and again from noon to six on the following Saturday, followed by the recitation of the rosary, a funeral mass in the chapel, bingo in the basement, a reception in the Valley View Memorial Park and committal in the adjoining mausoleum.” This is an obituary with legs. The entire thing shoved some poor Methodist all the way down to the bottom of the page up against a cremation ad.
The other way, and here’s where the marketing comes in, is to have your survivors write a proper obituary and pay for it at the rate of $48.50 an inch. I’ve taken the liberty of jotting down a few thoughts for my own obituary out of consideration for my survivors, and also out of dread that someone will memorialize me using a misplaced apostrophe. 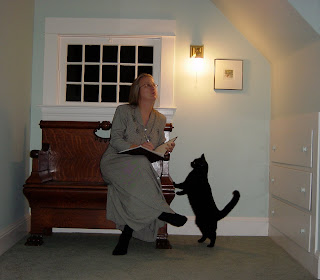 Suddenly. Murr “Tinkles” Brewster succumbed on the eve of her 100th submission attempt to “New Yorker” magazine after a long and cowardly battle with hypochondria.
Right up until the day of the unfortunate paper-shredder incident, Murr was notable for frequent declarations of groundless optimism. Her sunny affirmations in the face of adversity inspired many a person to want to rip her lips off, and indeed, nothing really rotten ever seemed to happen to her. She is universally credited by her many annoyed friends and acquaintances with skewing the curve of fortune, to the detriment of everyone else.
Per Ms. Brewster’s request, her julienned remains will be dipped in cheese, boxed up and sent to all the major publishing houses in New York City. The bonier bits will be added to the soil in the tomato patch in a last-ditch attempt to thwart blossom-end rot, and the entire bed mulched with the manuscripts of her two unpublished books, The Gronk Chronicles and Miss Delivery: A Postal-Mortem. This will either produce a perfect tomato or it won’t, and either way, she doesn’t need to hear about it. 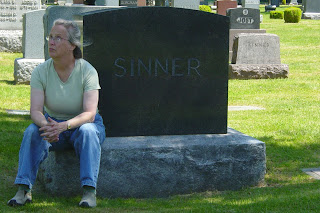 Murr is survived by nearly six cases of beer after a recent trip to Costco, so in addition to the spontaneous celebrations that have already sprung up all over town, the official event will be at her house. We expect to have the door pried open by three; reminiscences and toasts should be wrapping up by 3:10, and looting can begin any time after that.
By Murr Brewster|2021-11-09T21:31:56-08:00November 28, 2009|Uncategorized|12 Comments