Neighborliness (We’re Getting A Cannon) 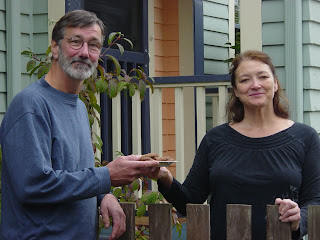 I love this neighborhood. We’re a tool-sharing, egg-borrowing, friendly, considerate, shining example of how to successfully jam a lot of people into a city and still get along. It’s worked well for years, but the new renters across the street are starting to raise hackles up and down the block. We’d all be happy to mind our own business and let them mind theirs, in this case 24-hour cash-and-carry drug sales and some small-scale prostitution, if only they’d use their indoor voices. Sadly, they have no indoor voices. My calmest neighbor finally discovered the location of the end of her rope the other day and stormed over there demanding that the car radio, which was rattling pavement, be turned down. It wasn’t. “It’s not a radio, it’s a CD,” the gentleman sneered. Things looked tense. I’m as big a liberal as anyone else on the block, but ‘long about the third time I was awakened in the middle of the night by elements of our neighbors’ customer base, I discovered I was capable of violent thoughts. I much prefer an attitude of forbearance. 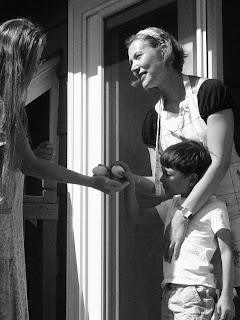 That’s why I was particularly struck by the reaction of the fellow in Pennsylvania whose neighbor, William Maser, 54, fired a cannonball into his house, where it pierced a wall and rolled into a closet. “I’m sure he didn’t mean to,” he said. “Apparently, it ricocheted.”

Mr. Maser, described as something of a history buff, was interested in recreating ancient weaponry and was working on his Gettysburg reenactment when the mishap occurred. “Oh, that sort of thing happens,” the victim insisted. “I’m sure it was an accident, especially after that last episode with the catapult. And that time, honestly, he had no way of knowing a boulder that size would travel that far. I don’t know how you can know, until you try it out. So he promised he would aim somewhere else, and I’m sure he did. Unfortunately, the cannonball bounced off my garage and headed right for the house.”

“Did I say catapult? My mistake. It was really more of a trebuchet. The catapult incident was earlier. I’m not even sure what kind of disease that animal that came through my roof had; I didn’t want to get too close. But you can’t blame a guy for wanting to get something that putrid away from himself in a hurry, and after all he did have that catapult all set up and ready to go.”

“Well, we like to get along around here. I like to putter in the garden. My neighbor likes to build medieval weaponry. Everyone needs something to do.”

Your tomatoes do look fine. What is that they’re staked on? Are those feathers?

“Oh, well, those arrows all came down at once when he had some friends over. I was a little miffed at first, until I realized I could use them in the garden. Watch your step–that’s oil over there. I haven’t had a chance to clean it up.” 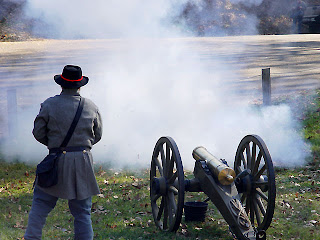 “It’s not hot anymore, but it’s still a little slippery.”

Your neighbor poured boiling oil into your kitchen? However is that an accident?

The fellow paused a moment, considering. His lip trembled a bit. “Yeah, that’s just mean,” he mumbled into his shirt, cutting a glance across the street.