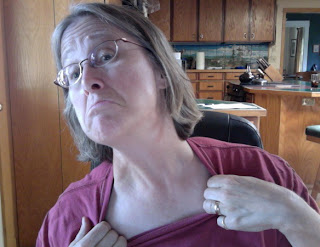 Time was, I came by information by looking for it. Nowadays I come by it by looking for something else. For instance, I needed to remember what a collarbone looked like the other day for a drawing I was doing. Theoretically I could have looked in a mirror, but I was at the computer, and that motivates one differently (the primary impulse is to remain slumped in a chair). I could also have hit the button on the Mac that takes my picture, but instead I Googled “collarbone” images, and five billion pictures of collarbones were there at my eyeballtips in a matter of seconds. Although, I will say, they were all remarkably similar. 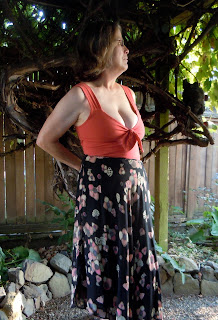 The one I decided to click on was embedded in an article which snagged my attention. In it I learned that exposure of the clavicle is the latest trend in fashion. Dresses that may reveal no cleavage whatsoever are still considered sexy if a nice protruding collarbone is displayed. The reason the look is considered sexy is that it is impossible to achieve without being dragonfly-thin. You can’t fake a good collarbone. It’s an authentic marker of personal deprivation, and devoutly to be wished for a society blessed with plenty to eat.

That reminded me that I probably wouldn’t have found my collarbone in the mirror anyway. My collarbone, as well as most other items in my skeletal kit, is submerged. I’m pretty sure I still have a pair of clavicles, because my shoulders are about where I left them. But any dress designed to show them off would look more like the wrapper on a loaf of bread. Not white bread, either–the seedy kind.

When I was much younger, I was apt to put my cleavage on display. Later on I developed a personality instead, and no longer sought out that kind of attention. Plus, whereas I still “had it,” things had gotten sort of disheveled. My chest skin had grown mottled and pebbly after years of exposure. We could put a shine on it by calling it “sun-kissed,” but it’s more like a collection of solar hickeys, and I am disinclined to show it off. 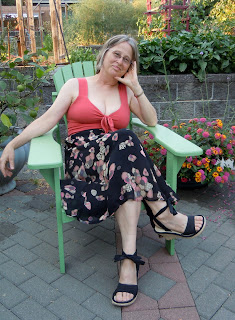 Meanwhile, just south, things were getting worse. According to the fashion article about The Collarbone I stumbled across, the “upper chest has risen to prominence.” Unfortunately, my prominences have taken a different turn. Whatever I once might have wanted to reveal has slid away and now only rises to prominence when I cross my legs.

But all is not lost. I discovered, finally, that the article in question was written in 2007, and for all I know nobody talks about collarbones anymore, or anything in the vicinity. For all I know the latest thing in fashion now is lap hooters. And bingo, I’m back in the game.