Nobody Likes Big And Gassy 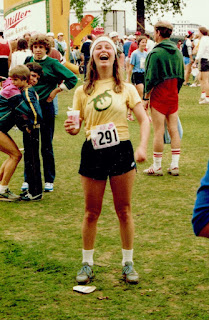 Looks like they found another planet with a good potential for life, and this one’s relatively close, too, although astronomers have such a different idea of closeness it’s a miracle they ever procreate. This one’s about 39 light years away from us and that’s a good long trip without even a Dairy Queen. They’re pretty pumped about it too. It’s named LHS 1140b and it appears to be rocky, habitable, and case-sensitive.

It’s bigger and rockier than Earth, too. In fact, it is said that if you weigh 167 pounds here, you’d feel like you weighed 500 pounds there. My guess is there’s not a lot of sprinting going on. It will be Thud City all the time. I’d rather be on a planet a little less dense than ours. Just enough to get a nice lift, so I can finally feel like those runners who poink around in their skivvy shorts like they’ve got rubber pistons in their calves and even pogo in place when they’re held up by a stoplight–like why the hell? In my twenties, I got so that I could run for eight miles but it never felt remotely springy. I was smacking that planet with everything I had, the whole way.

There’s a limit to how big a rocky planet can get, because after a certain point it has so much mass and gravity that it has to go for stardom instead. But rockiness in general is a good quality in a planet we could imagine living on. It’s so hard to land properly on a gaseous giant. Sucker looks so promising from a distance but then you get there and you just keep going through for miles and miles and miles and it smells like farts all the way down and then you finally slam hard into the rocky interior, by which time you’re already dead nine ways to Sunday. Like maybe there could be life on Jupiter, but not the relatable kind.

To get a rocky planet, you start with just a bunch of rocks and pebbles and dust flying around all haywire and everything is hitting everything else until some of it starts to stick together, and after a while the biggest piece is all hey now, hey now and gathers its arms around most of the rest of the available material, and things start to settle down. By the time we get a nice round planet we can stand on, it’s already gone through that committee stage and has come up with something everyone can agree on. Your minor eruptions are just part of the cost of doing business. It’s ready to rent.

But things that count as legitimate life aren’t necessarily much like us, even on this planet. You won’t necessarily get legs and antennae and internet capability and such. Sometimes it’s just a little squirmy bit of material like a bacterium that shows some intention, and that’s admirable enough, considering that a lot of us have no plan at all. Some of us are just a big waste of carbon, if you want to know the truth.