Nor Any Drop To Drink 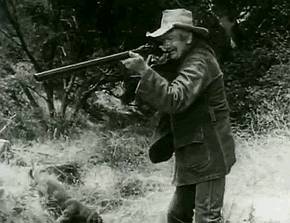 Many of us who grew up with black-and-white TV have been led to believe that the key to happiness lies in the chance discovery of oil while shootin’ at some food. Ol’ Jed’s a millionaire, so it worked out well for him, but in the real world, it is a very unlucky thing to live over an oil reservoir or a seam of coal. Before you know it, Jed and his buddies are busily stripping oodles of cash off your land, then stripping off your land itself, and you’re left with a god-awful job, poor health, no education, no topsoil, and few options. Warriors thunder through. Stuff blows up. You might get the feeling someone at a remote distance is pulling all the strings, and you’d be right.

I won’t even shoot a rifle at the ground lest I ding a salamander, but I’m not going to discover a bubbling crude in any case. I’m one of the lucky ones who live on top of the best resource of all: water. We’re planted on spongy ground, and if we sit still long enough our northern bits green up. 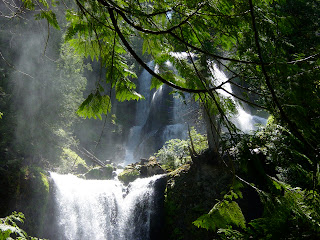 The annual rainfall is less than you might think. Most of the time it hangs in the air, sometimes acquiescing into a drizzle. Oh, we have had considerable deluges from time to time, notably during the last ice age, when the Columbia River repeatedly flooded to a height of a thousand feet, strewing chunks of prehistoric Montana and some surprised indigenous people all over the valley.

For the longest time, humans could be found only in places with good water. We don’t do well without it; our cells gum up. A native American term for water is “pah,” and it shows up in many place names in the arid west: Pagosa Springs, Tonopah, Pahrump, and the like. Pittsburgh, PA? Even coal country has its priorities straight. We need this stuff. The other stuff doesn’t matter.

But because we are clever, we have come up with ways to make water potable and transfer it all over the place. Now we’re everywhere. 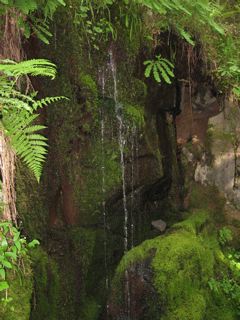 Generally speaking, in view of the vital nature of water, communities band together to see to its distribution and safety. The Romans rendered unto Caesar and rigged up some mighty spiffy aqueducts. That’s how we do it today: everybody chips in, and out comes the water, Crystal Light optional. It’s hard to imagine doing it any other way.

Unfortunately, our powers of imagination are not required. The water we need is already being treated as a commodity to be bought and sold and traded to whoever can afford it. Examples abound. The oilman T. Boone Pickens has bought up significant acreage over the Ogallala aquifer in order to pump its water and sell it to cities. The aquifer is replenished but slowly, and not nearly as fast as he plans to pump it; in fact the water he’s drilling was deposited in sands millions of years ago. It’s fossil water, basically. Stop me if any of this sounds familiar.

“I don’t have any concerns about depleting the aquifer,” Mr. Pickens has said. That’s a relief, because stress can kill a guy. “And it could make a lot of people a lot of money.”

There are other ways Ol’ Jed and his buddies can privatize and profit from the water we need. Take the notion that people would actually buy tap water if only it were served up in a petroleum-based container and labeled something like Mother Nature’s Woo Woo Dew. That succeeded beyond any sensible person’s wildest dreams. In fact, the Nestle Corporation has been able to tap water sources for about $.002/gallon and sell it bottled for $5.30 a gallon all over the world. They are proposing to perform that very alchemy not thirty miles from here, in the gorge, where our seemingly inexhaustible supplies of water have already been drawn down, pumped, dammed and diverted; groundwater levels are in steep decline. Free speech tends to be less effective than the paid-for kind, but if you want to tell Nestle to stick to mining for chocolate chips and leave our water the hell alone, you’ve got till October 29th to do it. It’s either that, or we start rinsing off our steelhead and salmon one bottle at a time.


We have interrupted our regularly scheduled Murrmurrs to slip in this post on Blog Action Day, sponsored once a year by Change.org. This year’s theme is Water. Bloggers worldwide, including my pals Sara Stratton and Vickie Henderson, are spreading the word about clean water issues. I encourage you to click on the “tell Nestle” link above to comment on the proposed bottling venture.


And because I’m a softie, I’m going to go ahead and put in your regular Saturday Murrmurrs on Sunday. Y’all come back now, hear?