Not A Berry Good Year

Mary Ann and I were eager to get up to the mountain for our annual huckleberry harvest. Piecrusts get lonely. We were fully two weeks early according to historical records, but we had a premonition. Things haven’t been right. Winter started on cue last November and then it petered out. The sun swaggered in with its arms folded over its chest and shoved winter aside, glowering. Then the sun had to repeat a grade, and came back even bigger and meaner. Things started to flower and set fruit in February out of sheer submissiveness, while later the birds, sticking to their old calendar, came back from their tropical vacations and wondered where the food had gone. 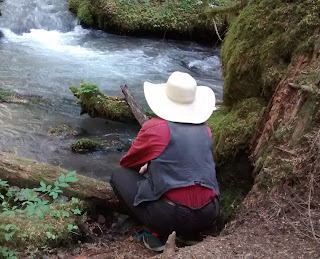 There was a berry here, and a berry there. Many of them were shriveled and disheartened. At best, they aspired to being maybe a pie in a mayonnaise jar lid. Three hours in, we could still see the bottom of our buckets. We’d have done almost as well looking for mangoes.

It’s not a good sign when you reach for your phone in the middle of your favorite huckleberry patch just to Google recipes for salal berries. There were salal berries about, but I’d never heard of anyone eating them. The internet solemnly reported that salal berries were indeed edible, and that the native Salish tribes edded them. I briefly visualized a diet for the new century featuring salal berries pounded into animal fat, tied up with entrails, and seasoned in a hide pouch. A lot like a Larabar, I figure. The internet also volunteered that the berries were useful as an appetite suppressant. 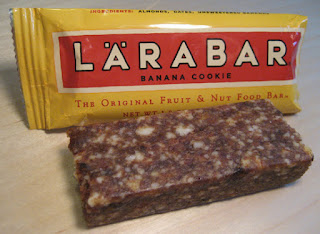 Turd pie in phlegm sauce is also, I would say, an appetite suppressant.

Our huckleberry patch is in a little hidden hollow below the main highway on the mountain. Despite the inevitable shard of plastic or a beer can flashing in the sun, it’s still a beautiful miniature. A small stream runs nearby, burbling companionably. The light is dappled and green as it sifts through the trees. Individual bushes wobble as a chipmunk races us to the last berries. A wren hops along the ground, poking for snacks in the log rot. There’s not much that moves slower than a huckleberry picker in a bad year, and the wren walks right up to us, unconcerned. There are plenty of bugs in the disintegrating woods, and she’ll be here through the winter. People are dangerous, as a group, but apparently she doesn’t stereotype. 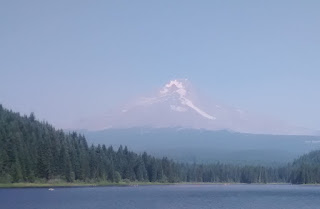 Above us, road equipment barks and bellows, and trucks blat by with their jake brakes on. Even higher, the mountain hunkers behind a smoke shroud from one of this year’s six billion forest fires. It’s wearing dusty shreds of its remaining glaciers like an old woman clutching rags to her chest for dignity.

Down in our green bowl, Mary Ann and I are little figurines in a shoebox diorama. Huckleberry Pickers Of The Pacific Northwest: “The ancients gathered foodstuffs according to the seasons.”


We’re nearly motionless, crouched on a beautiful stage, with a smoke curtain behind us, and a wounded sky behind that. We’re a future museum exhibit. A tableau of what we’ll lose next.