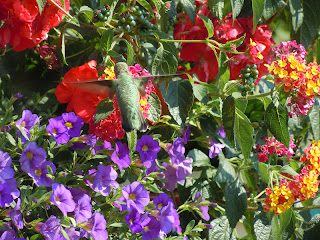 Most people look at birds with a hazy benevolence. They appreciate the robins and cardinals for being recognizable and they wish the other birds would announce themselves too, but unfortunately they remain brown and indistinct and hidden in the shrubbery. Some birds will helpfully tell you who they are, like the chickadee, but others, like the red-winged blackbird (“pull on my PEE-ter!”) will not. It takes a birder to sort them out.

And most people have nothing against birders, but think, somehow, that their obsession is sort of trivial and dorky. But the only thing keeping most people from being bird dorks is the ability to see the birds. I once witnessed the transformation myself. I met my friend Kelly at the New River Birding And Nature Festival, true, and so I assumed she was fond of birds, but it was not a fully fledged fondness at first. Mostly she had a fondness for her wife Sara. (Everyone does.) We were both on the introductory field trip, and the guide had pointed out a beige flittiness in the branches above. And then he instructed us to–pay attention here–keep looking at the flitty area while bringing the binoculars up to our eyes. Well! I’d only been using binos for fifty years at that point without having that particular piece of information. It should be obvious, but many people, such as myself and Kelly, locate movement in the treetops and then look down to make sure we get the binoculars on our eyes and then look back kup to scan the tree with them, trying to find the movement again, to no avail. It’s like shooting the Hubble telescope into space with a wobble built in and hoping a nova will sail into view.

So it turns out that people of ordinary intellect can indeed lift binoculars in place without missing or stabbing themselves in the eyeballs with them, and then what do they see? Why, they see cuteness bombs going off all over the canopy. The flitty thing resolves into a blue-gray gnatcatcher pasting together a teacup nest out of lichens and nearby is a by-God tufted titmouse with a perky tiara and an orangey spot on the side and a black nose and a button beak and way over there is a mossy pendulous nest like a giant green scrotum and just like that Kelly and I are birders, complete with squeaky noises and zeal. Kelly instantly began rabbiting around the landscape like there was a whole skyful of news and she was behind in her reading. Fly as they might, those birds were not going to escape her and her newly useful binoculars. All it takes is noticing, and all that takes is binoculars and, for people without a grasp of the obvious, a sensible lesson in using them. 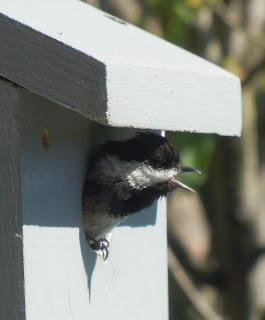 Once I’d come back home an accomplished noticer, Dave set up a bird resort right outside my writing room. There was a chickadee house, a suet feeder, and a hummingbird feeder within a yard of the window, and now, instead of staring into space while not writing, I could look at birds while not writing. I got regular visits from jays, a flicker, a gang of bushtits, and hummers that will happily kick every one of their asses for them. Two chickadees started hanging out a lot. They looked identical, but now I was a noticer. One of them, Studley, had a lower voice and seemed a little more aggressive, tidying up the suet feeder by scraping bushtits off it. Studley and Marge began bringing grass to the house and dumping it inside. (I learned later that they were making a mattress.) One day Marge wouldn’t leave Studley alone and finally caught up to him and did something to his rear end that I would never have expected of Marge, and went a long way toward explaining why they never answered to their names. It only took a few seconds and then Studley retired to the house and a couple weeks later both Marge and Studley were hauling in grubs and bugs at the rate of 500,000 a day and evidently they made baby birds out of them, because that was the next thing that came out.

That’s all a birder is. A noticer. The more you notice, the more you care. The more you care, the more you love. The more you love, the happier you are. My gratitude goes out to Jeff Gordon, the president of the American Birding Association, for showing Kelly and me how to spot birds with our binoculars, and waiting until we were out of earshot before laughing at us. Try it yourself. Because the little feathered buggers are everywhere, zipping all over the planet like valentines from God, and most of us are acting like we’ve got more important mail coming. But we don’t. 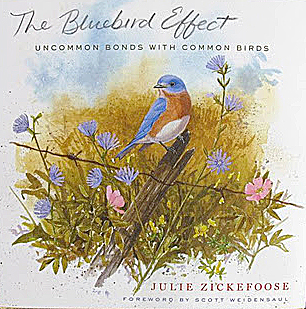 My friend Julie Zickefoose is a virtuoso noticer and the proprietor of eighty acres of bird joy on the hem of Ohio. If you want to see how happy you can get just by paying attention, have a look at her luscious new book, The Bluebird Effect: Uncommon Bonds With Common Birds. You’ll be plumb inspired.