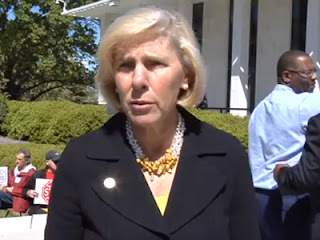 Every now and then someone comments on this blog that I should be President, clearly recognizing that it would be a total snap to institute environmental safeguards and progressive policies in the current political climate if only they were explained properly. There are a number of reasons I haven’t entered politics, including that it would cut into my beer time, and would expose my family, which has counted on my obscurity over the years, to certain humiliation.

For one thing, there are too many photographs out there, taken at a time when the only good judgment I demonstrated was in having come of age before the internet showed up. Any number of these would have prevented me from holding elective office, outside of Italy.

Now there’s another reason. Representative Becky Carney of North Carolina just accidentally voted to allow fracking when she meant to vote against allowing fracking. She simply pushed the wrong button.

Fracking is a controversial method of energy mining in which the earth is drilled and injected and busted up into fractures until it farts out natural gas, and is implicated in the contamination of water, earth tremors, subsidence, and other disastrous consequences. The practice has even been forbidden by some countries, including France, which fracking proponents, whining nasally in ridicule, consider evidence in their favor.

Rep. Carney cast the deciding vote to allow fracking, even though she did not support it. She got mixed up. I know how that can come about. We get helpful explanations sometimes in our Voter’s Pamphlet that go like this:

A “yes” vote reverses the lower court’s refusal to overturn the decision to override the cheese ball veto. 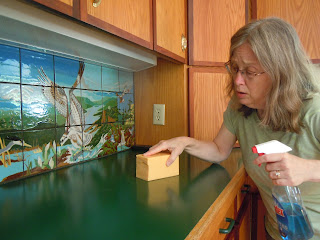 Now, I have to come at this from the back end (a photo of which may exist) and puzzle it out with string, a pencil, and daisy petals to know what to do, and even then I don’t know if I’m going to get any cheese out of it. This is the sort of thing that happened to Ms. Carney, and as a result she was able to move the earth just by pushing a little button (there may be a photo of that as well). 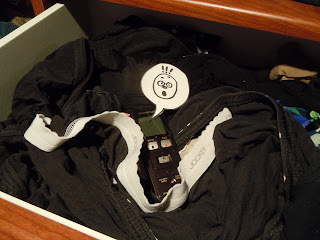 So Carney was honestly confused. It would be even worse if I were in there and had to keep track of my buttons, because it isn’t getting any easier. In recent years I have discovered my kitchen sponge in the cheese compartment, which went a long way toward explaining how my countertops got so smeary, and my little voice recorder in my underwear drawer. I was glad to see it. It had been missing for days. I’m afraid to push the play-back button. I could face the rigors of a political campaign, but I don’t want to know what my underpants think of me.

Many thanks to Ian over at And I Still Think So for his kind words and good-blog recommendations, and you could start with his.