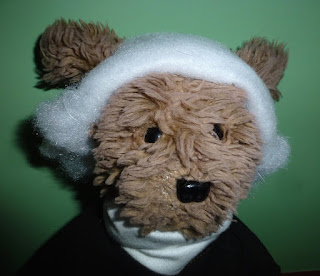 I’ve never had that much interest in the Constitution. It’s old and cranky and set in its ways, and every time I visit, it just rags on and on about the olden days. But I had a look when I found out how important it was to them there Patriots who are holed up in a bird sanctuary with a bunch of assault weapons because they don’t want anyone to get hurt.

Evidently there’s some part of the Constitution that restricts the amount of land the Gummint can own, and that means the Bureau of Land Management is in a heap o’ trouble, boy. Cliven Bundy, an antique deadbeat cow collector with fourteen excess children, says it’s right there in Article One, Section Eight, Clause-a-Mercy, Schedule D, Passive Carryover Limitations, or some such. So I looked it up. And that got me thinking about the District of Columbia.

I’ve always been fond of the District of Columbia because it was square and also because there was that liquor store on McArthur Boulevard that didn’t check I.D. I was born in Arlington, Virginia, which is really a sloughed-off part of the original square, but I never knew how the boundaries came about. What’s not to love about a square city! You could almost prick yourself on it if you stood in the right place. But when Arlington slid off, it wrecked the cool squareness. 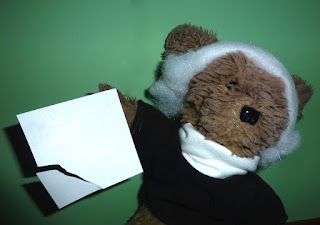 The plans for the District, as it turns out, are right there in the Constitution. They made it a square because a star would have been too hard to survey. It was to encompass a hundred square miles. If they’d tried to come up with an exact hundred-square-mile entity using all the normal squiggly boundary lines, they’d have to determine the area using calculus, and the Founding Fathers weren’t up for that, although my father would have been. So. Square it is. Or was, before Arlington fell off.

It was scotched together in 1790 out of pieces donated by the states of Maryland and Virginia, which was nice of them. But Virginia was tired. She had basically caved on territory by that point. She’d already ceded Maryland, for instance, but that was the least of it. Initially Virginia was pretty much the whole country. In 1620 they decided everything above the 40th parallel would be something else, but it was still Virginia out to infinity in the western direction. They didn’t know what was out there, except that it was just more Virginia, dammit, and no mistake. But bit by bit it got carved down until it was only the size of modern Virginia plus West Virginia. West Virginia was too hilly for plantations and eventually got sheared off for insufficient slave-holding. By the time Virginia was asked for another little slice to make D.C., they figured, what the hell.

But if you looked at that square, there was the Potomac River chugging through the southwest corner like a rip in the fabric. I always figured good old Arlington came about because it got torn off the square and succumbed to gravity at the bottom end of the map. But no. After Virginia had graciously ceded its portion of D.C., there came a rumor that someone might outlaw slavery there. And the once and future Virginia portion was a major slave market. Sure enough, in 1850 slave trading was outlawed in the District, but not slavery itself. You could still probably win slaves in Bingo or something.

Unacceptable! The town of Alexandria begged Virginia to take it back before anyone lost money. And so the cool square was ruined, and I eventually showed up as a citizen of Virginia at a time when slavery was technically outlawed but the descendants of slave-owners still didn’t have to fret about sharing any space or treasure with the descendants of slaves.

So, back to Bundyworld. Yes. Article 1, Section 8 of the Constitution does state that Congress could acquire property to establish a seat of government, not to exceed ten miles square. That would be your District of Columbia. It doesn’t say anything at all about limiting government land ownership otherwise.

There is something about being able to organize and discipline the militia to suppress insurrections, though.