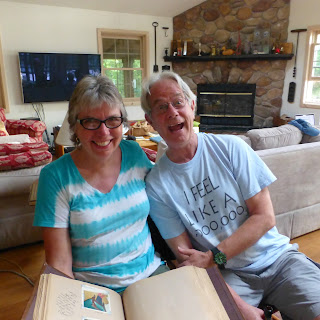 So the question is: can you visit your own youth?

Sure, as long as you can still see it from here. First you need to reassemble the old neighborhood. It’s near the smell center of your brain. Fetch up the mimosa blossoms and the honeysuckle, the sweet humid fragrance of Gifford’s Ice Cream Shoppe, and the taste of rain on a window screen. From there it’s a short hop to the brick Colonials, the split-level “mid-centuries” that used to be called “new,” and a particular rec room and bomb shelter with secrets in them. 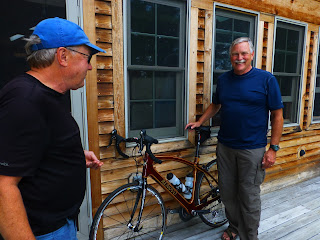 Now you’re ready to invite your old friends. You get a core group to loop together the threads of their various connections, add Google and the airline industry, and then your youth–or something like it–will show up one day on a lake in the Adirondacks. Friends Lake, in fact.

It’s not going to be exactly the same. When we were all eighteen or so, there was that fizzy element of infatuation, barely submerged. Not many of us in this socially awkward group knew just what to do with it, but any observer could map it out. All you needed to do was was watch 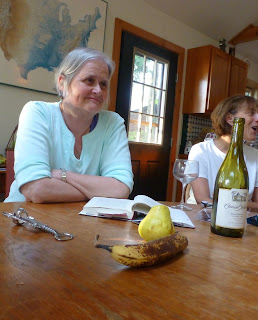 us unroll our packs in whatever cabin we hiked to and negotiate the space, everyone willing to settle for mere proximity and possibility, the sleeping bags arranging themselves on the floor like iron filings obeying an invisible magnet. That part is pretty much gone now, at least I think it is, our attractions having been diluted into a comfortably low-key group crush.

That first day at Friends Lake was a scene thrumming with joy. Sometimes I stood to the side just to watch as new arrivals showed up and smiles bloomed around the room and laughter rolled in eddies. It was later in the evening that we began to catch up and reconnect in more intimate groups that shimmered and sparked on the deck, a bright constellation of friends. 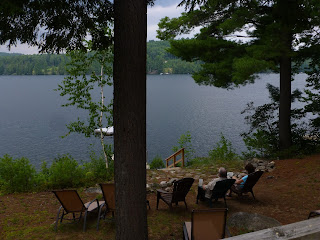 Unless you’ve grown distracted or inattentive, you’re still in touch with all the ages you’ve ever been. But it’s a special gift to spend time with the people who loved us when we were young and full of the future, who can still make out the eighteen-year-olds at our centers. We have custody of each other’s past. We can set our memories loose to roll around together until they shine again. Until each of us is a polished stone in someone else’s pocket.

Then the week is part of your past too, and the whole thing slides away, and you can watch it go, one hand on your pocketful of stones and one hand on a slim new tether to the last memory.

Which, in my case, was that dreamy Bob Gearheart kissed me goodbye.