On The Freedom Trial 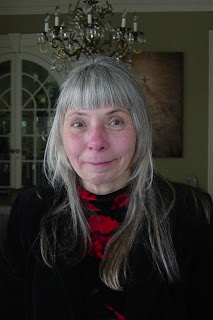 The religious police in Saudi Arabia have their hands full trying to make sure the sexes are kept apart. A couple of them recently broke their own rules by ducking into a female-only establishment to haul a miscreant out by her hair. And mistakes have been made, as when a man who was dropping off his wife had the crap beaten out of him by the police, allegedly for consorting with a woman he wasn’t married to. But anybody could have made that mistake; the wife, dressed head to toe in a black abaya, did indeed look like another woman. Any other woman, actually.

So it’s only natural that an officer of the law is bound to goof up from time to time, and it’s no different here. That’s why I was closely following the trial involving my friend Freedom Child, who was accusing the police of bad form (at least) when they hauled her off to jail six years ago. Not that I’m not grateful to the cops for getting her off the street, if only for a few hours. I’ve known Freedom for a few years. She is a dangerous and terrifying person. If you’re a head of broccoli.

Actually, I’m still a little unclear why she was the object of their attentions in the first place, unless they were just on a routine middle-aged-hippie troll and hadn’t bagged their limit. She had just gotten off public transportation at night and hopped on her bike for the three-block trip home, neglecting to turn on her light, and when the unmarked car sidled up beside and followed her, she got off and walked it on the sidewalk. She was a harmless fifty-one-year-old woman, walking a bicycle decorated wit 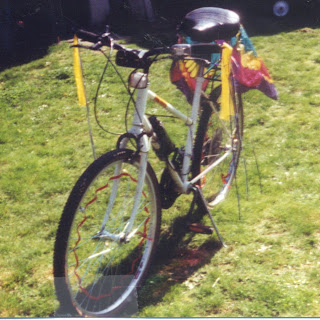 h streamers and a giant butterfly, and while none of this would have vibrated my antennae, that is because I am not a highly trained police officer.

Still, other than the half-block trip without a bike light, they didn’t have too much to go on, I wouldn’t think. Not until they continued to creep alongside her without identifying themselves, asked her repeatedly what she was up to, got out of the car, followed her up to her own porch and poked at her until she hollered and pulled away, and bingo–there you have it–resisting arrest. They insist they didn’t pull her hair; they just gave it a little tug. If anything, they just grabbed her hair, and it was Freedom who did the pulling. And they only did that so as not to break her arm, which (they testified) looked thin. If Freedom got out of her bike-light infraction without any broken bones, that’s evidence of police restraint right there, I’d say. As far as hauling her downtown in handcuffs goes, well, as the chief of police points out, they like to bring people in who have no mug shot or fingerprints (see “harmless,” above) so they can get a mug shot and fingerprints. For the record. Just in case. Then they sent her out into the night, about when the bars let out, assuming she could figure out how to get home in one piece.

I ride my bike at night frequently, and I always have a light on. Sometimes I get a little poky about replacing the battery, though, and my lights get a little dim. Maybe for that they could give me a little shove or a dope-slap or something and just drive me halfway to the station before they drop me off in the middle of the night.

But for sure I’ve never been booked or fingerprinted, so they’re going to want to take care of that right away. The police can come over tonight if they wish; I won’t be doing anything. That’s probable cause to bring me in right there.