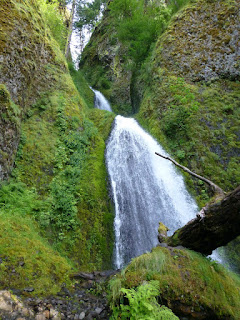 The cloud’s silver lining is more of an ash gray at this point, but here it is: the predicted highs of 100 in Portland in Jesus Johnson September did not arrive because wildfire smoke obscured the sun. This is what counts for good news in Climate-Change-Denial Land.

At sundown, it was 87 degrees and snowing. Snowing something. Because my idea of quarantining young men between the ages of 12 and 28 has never gained traction, we now have 33,000 acres of pristine forest on fire, and counting. The Columbia River Gorge, strenuously green and laced with waterfalls, is systematically being incinerated and its ash redistributed over the Portland area. This follows a particularly hot and dry summer season which we have been advised will be our new normal. Anywhere you live, actually, you may now expect a new normal, but–our short attention spans aside–novelty is not in itself a worthy goal. The wildfire currently consuming the Gorge is a direct consequence of humanity’s systematic extraction and burning of otherwise dormant carbon stores over the last couple hundred years. With punctuation provided by one or two young assholes with firecrackers. 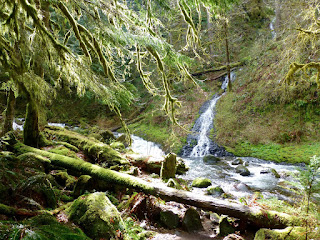 We first heard the news while eating lunch in a diner on Mt. Hood. The waitress brought over a glass of water with a plastic straw in it. “Hold the straw,” I forgot to say. Seems like straws come automatic these days, and it always surprises me. I can’t think of anything I drink that needs a straw, let alone everything I drink. There’s a campaign on now to get people to say “no” to straws. It probably started with the heartbreaking video of a rescue worker pulling a plastic straw out of a sea turtle’s nostril. Straws, and all other plastic garbage, have a way of making it to the ocean.

Things are going to have to change around here, and straws seem like easy enough targets to start with. Because when do we ever need a straw? If we’re not prone in a hospital bed with only a bendy straw between us and nutrition, when do we need one? Must we suck? So. At the very least let us campaign against straws. 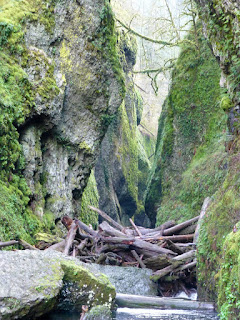 I tried, when I got a glass of water at a local brewpub that prides itself on being environmentally friendly. They answered my letter promptly:

While the concern for sea life is pressing, most of Portland’s garbage goes to the Columbia Ridge Landfill, which is located east of The Dalles and away from the Columbia. There would have to be some extenuating circumstances for our plastic trash to make its way into the ocean.


Extenuating circumstances! Yes. And yet those are what somehow manage to send 5.25 trillion pieces of plastic to our oceans. Sad, as they say, but that’s circumstance for you.

We used to use biodegradable plastics for straws and to-go wares. Unfortunately, Portland stopped accepting these items in their composting program, and we had to take a hard look at our disposables. We ended up making the decision to stock a high post-consumer recycled content straw, because if it’s all headed to the landfill we want to make sure that we’re using a plastic that has lived through more than one cycle and been utilized to its full potential. 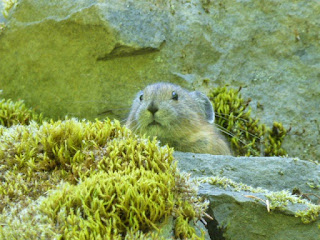 A friend offered an explanation for the sudden proliferation of straws. “I think it started with lipstick,” she said. “Lipstick is too hard to wash off glasses, and requires human scrubbing, which is not cost-efficient. Thus, straws are provided with each glass in case the human plans to put lipstick on it.” All righty then, that makes sense. Lipstick: another plastic tube containing significant amounts of palm oil retrieved for profit from monoculture plantations for which gigantic swaths of primary forest have been razed, resulting in 80-100% loss of native species, and also containing compounds that kill fish and plankton and cause mutations in amphibians, packaged together in order that we might provocatively accentuate our pieholes, and necessitate the use of plastic straws to trim labor costs.

Dear lord, dear large theoretical sky person who cares about us and watches over the sparrow that falls, by all that is holy–and I would include here the moss and ferns and pikas and salamanders of the Columbia River Gorge–may we humans begin to define “what we need” as what we…actually…need? And, failing that, dear lord, might you allow us to suck less?