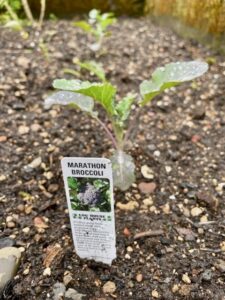 Portland Nursery is maybe the preeminent plant nursery in a city full of them. Many of the smaller ones specialize in one niche or another. Native plants. Xeric plants. Plants that will withstand wildfire or fend off deer. Plants that laugh at burning deer.

Portland Nursery specializes in having everything. If you browse you’re liable to find something you weren’t aware you couldn’t live without, which is how I got my original Echium “Mr. Happy” that promised a proud ten-foot tall pink flower erection that spews seeds everywhere, as long as you hummed to it and wiped its butt for the whole first winter. Sold!

So Portland Nursery is famous for having choices. I keep forgetting I don’t like choices. I spent a half hour trying to settle on two blueberry plants among fifty varieties. The tags indicated season and size, and otherwise trumpeted some version of “excellent blueberry flavor.” I suppose I didn’t expect a tag to say “Shitty little berries that taste like cardboard” but this was looking to be a crapshoot. I studied the list and descriptions and finally settled on “Patriot” which, as it happened, was the only one missing from the tables. So now I know Patriot is the one for me, only maybe not this year.

Anyway, it was exhausting. I thought I’d settle down by buying a simple six-pack of broccoli seedlings. “Where’s the broccoli?” I asked a nice young man with a hose. “Right over there,” he said, sweeping his arm from side to side in what struck me as an overly voluptuous manner. I headed for the indicated rack.

Choices! I hate choices. I was anticipating a six-pack with a tag that said BROCCOLI or even YOUR BASIC BROCCOLI but no. They had Sun King. Romanesco. Green Magic. Waltham 29. DiCicco. Purple Sprouting. Destiny. Calabrese. Belstar. Eastern Magic. Not to mention their close cousins Broccolini, Broccosaurus, and Broc Broc Hockey Poc.

I admit I am not a sophisticate but broccoli always tastes about the same to me. It’s good. It’s even good frozen. The first year I grew it I was excited by an article that said there is nothing like fresh broccoli just picked straight from the garden, and I had fresh broccoli and so I just picked it, and it tasted like all the broccoli I had ever eaten.

“I hate you,” I called over to the hose guy. “Why does there have to be so many kinds of broccoli?” Unfamiliar with rhetorical questions, he started to natter on about organic, non-organic, late, early, big heads, really big heads, bolting, unbolting, and I don’t know what-all. “I hate choices,” I said. I like to startle young people and it’s surprisingly easy. “Where’s your spinach?”

This time he pointed one finger. “And we only have one variety,” he called out.

“I love you,” I said, just before he explained “the rest” should be in later in the week.

I googled spinach when I got home and immediately found “25 spinach varieties to try in your home garden,” so at least they’d whittled the list. I’m not going back. Meanwhile, the article was helpful. I learned that “Spinach is an essential vegetable that was first discovered in ancient Persia. It first spread to India than to China through an ancient Chinese. Later, it spread to Spain, England, France and the rest of the countries. During the first world war, spinach juice was used to cure hemorrhage soldiers in France.”

“…And the rest of the countries.” I don’t know that I want a vegetable that spread through an ancient Chinese. I’d rather just get one fresh.