…Or Wherever Your Final Destination May Be Taking You 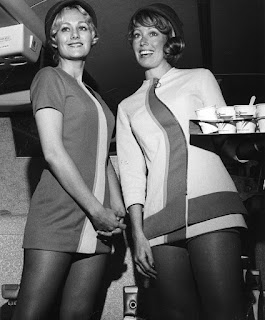 The downside of traveling, as I see it, is the traveling part, especially if it involves airports. We sampled three different airlines and all of them thanked us for flying with them, as well they might. First up was Frontier Airlines, which was remarkably cheap, unless you want a seat, which is extra. Snacks are extra, and juice is extra, and when you pay for a beer with a credit card, there’s a screen in which you are encouraged to tip the flight attendants, who are otherwise complimentary. There’s a little coin slot on the arm rest to recline the seat at a dollar an inch for a half hour. Vaseline for your kneecaps is available for purchase, and the safety demo explains which way to swipe your credit card when the oxygen masks come down. For an additional $7.99, they will agree not to hand you the teeny bag of crispy mini wheat pucks. We had a nice flight seated next to a nun in full regalia, who was delighted to discover she’d won a wager with the sisters when she said she’d be able to snag a cup of water for free. Which she did. Could be the crew was just hedging their bets.

Next came Porter Airlines, our favorite, serving a free beer-like product, and depositing us promptly in Billy Bob Airport. This is located on a small island to keep us under surveillance, but someone has dug an escape tunnel, at the end of which you can take an elevator to Toronto. So that’s how we encountered Toronto: from underneath, so you could see its underpants. We had been smoothly and expeditiously decanted through customs, preparing us in no way for the return trip.

For that leg, we did arrive 2-1/2 hours early and used every second of it in customs, involving a glacial trudge through a maze with no cheese at the end. The United States doesn’t want us back. We keep asking for health care and diplomacy.

Fortunately, this time we were flying United, so the plane was late. It was late, and it was either at gate F66 or F60, depending on whether you believed the departures board or the boarding pass, although nobody at either gate was familiar with our flight. They suggested we check in at Customer Service, which is where you get serviced. Customer Service featured two ticket agents and forty or so customers being processed at the rate of twenty minutes per, so we made friends with our immediate neighbors in line and settled in for the long haul in the hopes one of the ticket agents knew where our plane was. Two hours later we were first in line and discovered we had been rebooked for Portland, arriving at a quarter past never, via Washington, D.C. and San Francisco, on a plane that was in a gate a half mile away and leaving in ten minutes, according to the comedian who updates the departures board. I kicked Dave into high gear and we streaked through the airport down ever-darker hallways knocking down old ladies until we slammed into a dead-end before our gate had shown up. There was a glass door. There was light behind it. I pushed at the door, it resisted, I pushed harder, and the door started shrieking whoop whoop whoop and I spun around and bellowed SHIT! to a polite assemblage of waiting passengers, some of whom might have been Canadian, so I apologize. 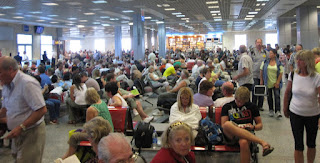 “Where’s Gate 98?” I asked, in a much reduced voice. The crowd responded kindly. All the gates up to 95 had proceeded in order but the end of the hallway had a little sign–a chalkboard, perhaps–with “96 97 98” scribbled on it. Also, the plane was late. Another hour plodded by, neatly corresponding with the layover time we were supposed to have in D.C., and eventually we boarded the plane, arrived in the nation’s capital, picked up our new boarding passes for the following morning, and shuttled off to a Best Western for a nice four hours’ sleep five hundred miles farther away from our destination.

Three o’clock came early. Security was a breeze, and we were funneled onto an airplane and bumped along the tarmac in the dark for a bit while the pilot looked for a parking spot. Fifteen minutes later he came on the intercom. Bing. “Folks…” he began.

This is never good. 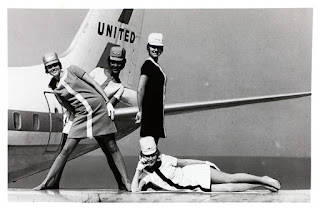 A butterfly had flapped its wings in the Amazon and grounded air traffic in the Midwest, so the FAA had given them a new flight plan, and it was taking them a while to enter it into the jet’s brain, but they’d be on the move shortly.

Bing. Well, folks, the new flight plan added an hour to the flight–neatly corresponding with our layover time in San Francisco–and they didn’t  have enough gas, so they were going back to the gate to fuel up.

But folks? The San Francisco flight was miraculously delayed while they retrieved a plastic bag from the engine. We’re back! Home! The plane politely stayed in the air until the runway showed up, it’s sunny and warm, and we’d stocked the beer fridge before we left. We anticipate Christmas cards from the people in line with us at Customer Service in Toronto. It’s a wonderful world.