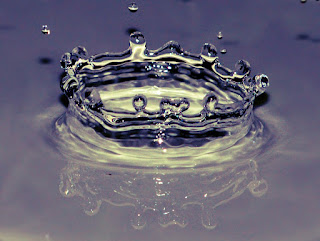 Someone drops a boulder in a lake, and the water rises at once into a crown of shock, and then back down again, and ripples fan out, intersecting other ripples, at first in an orderly way, then chaotically; rivulets follow well-worn gullies to their usual destinations, puddles reappear in their usual depressions, every drop resettles into its easiest, most accustomed spot–and the lake reassembles, one stone higher. It’s hard to see how many stones it will take for the lake to abandon its banks altogether.

Most of us cannot even imagine harboring the hate that would drive a man into a nightclub to mow people down. It’s unfathomable, we say, but then later, as we recoil from the inciting horror, and call out for our brothers and sisters to reconvene into our familiar tribes, and gather our armor, and set up pickets, and ready our weaponry, and peer suspiciously at the next band over, we can feel it, just a little bit.

This one had it all. You can see the cross-currents forming right away. Everyone scans the headlines for their own vulnerabilities: who’s under attack? Is it “them,” this time, or is it us? Who’s to blame? And even then we can’t agree. It’s clear as tears that the LGBT community is the target of this terrorist act. But everyone feels threatened. American Muslims note the name of the attacker with dread, and hunker down, knowing they’re next.  News establishments cast their stories as an attack on “Americans,” protecting their bread-and-butter, the anti-Muslim sentiment.  Gun advocates scroll out their tired talking points, ready for battle. Factions rush in to remind us that Wounded Knee was a worse massacre, as though unable to make a distinction between a lone gunman and the 7th Cavalry, and certain that righteous historical victims have been dismissed yet again. Others declare the disaster the natural consequence of ignoring God’s law (and not the one against murder). Multitudes take to the social media to babble incoherently, unable to navigate their own turbulence, their hatred of Muslims and their hatred of queers suddenly in tension. A presidential candidate discovers that, once again, it’s all about him.

Behind our pickets, we can feel that hatred, just a little bit. We won’t do anything about it except to keep chucking pebbles in the water, but we’d all be fine without this tribe, or that tribe. We’d be fine if only the Muslims would go away. Or the Christians. Or religion. Or secularism. Or the gun nuts. Or the faggots. Or the liberals. We’ve all got someone to hate. It’s the hardest thing to let go of. We’re doing our victims a disservice to let the hatred die, we think. We’re dishonoring them.

Someone reportedly once said we must love our neighbors as ourselves. It’s impossible, of course. It’s ridiculous. It’s bringing a pillow to a swordfight. It doesn’t solve anything.

The swords don’t either.