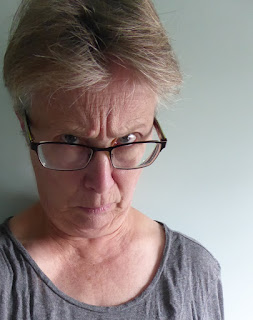 Everything was fascinating and new when I was a little kid, and old-lady necks were no exception. They had variety. They wobbled. You couldn’t not look. I tried to duplicate that movement on my own self by vigorously wagging my head from side to side, and nothing happened. That kind of activity would win you a trip to the neurologist these days, but my parents just had a glance and went back behind the newspaper, happy that I was occupied quietly. We kids were assured that old ladies had been young once, but that wasn’t plausible. Old Lady Neck was just one of those puzzlements.  It wasn’t natural; it was like an installation. 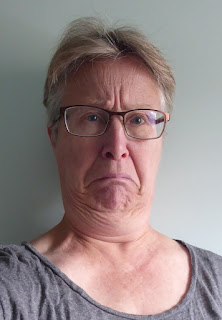 Now I know it’s the dead giveaway for age. It’s the first thing to go. The rest of the face has all those bones in it that can keep a secret for a while but there’s nothing much instilling discipline in the neck. You’ve got that little string of knobby bones hooking up to the skull, but that’s way in the back. The back of your neck usually looks just fine. So when the collagen takes a hike, your neck skin has all the integrity of a campaign promise. There might be a way of hitching it all back up again, but it would involve voluntarily presenting your neck to someone with a knife. I guess there are people who will sign up for that, but there’s no real point as long as beer is still so affordable.

I’ve complained about my neck before, of course. I’ve been watching this particular story unwind for twenty years and it has had its startling plot twists, but I can only feel bad about things for so long. That initial pudding phase seems downright quaint now. And I can admit that the pleating development supplied needed tension. There was that adorable subplot wherein the main character vowed never to point her chin downward when someone else was around, but that never got traction. Now we’re entering a new chapter. My neck has developed factions. 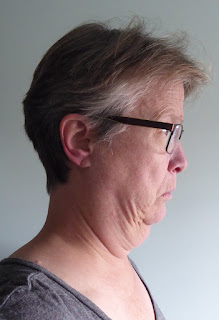 Factions. It’s not all of a piece anymore. There are tuck areas and crease areas and a separate location where a sinkhole is beginning to emerge, and now I see an interesting pair of knobs at the base of the chin that sort of look like suitcase handles when I do a Grumpy Cat face, so that my entire frown appears to be holding up a duffle. Or, in a different light, it looks like stage rigging. The chin line is thus responsible for operating the set of curtains that billow and swing below. I don’t know exactly what’s coming next, but God, I hope it’s going to be a puppet show.