Recently a man was admitted to the hospital in pulmonary distress, and X-rays revealed he had a small pea plant growing in his lung. These things can happen. A friend of mine, Joanie, once checked into the doctor’s with respiratory difficulties, got a battery of X-rays and what-have-you, and was just a week away from starting chemo when she sneezed out a fava bean and that was it for her cancer. 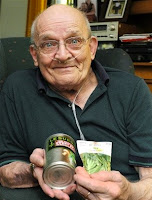 So what makes this gentleman’s experience so unusual is not that he inhaled a pea but that he was able to grow a pea plant in his lung. Just the right conditions had to prevail. He might never have gotten a start if he hadn’t been in the habit of huffing potting soil, and once he snorted the Osmocote it was a done deal.

My friend Tamara is brilliant and beautiful, but the best thing about her is she snorts when she laughs and she laughs all the time. Still, I was astonished when she mentioned she had gone to the emergency room because she had aspirated a piece of linguini. I was astonished because I thought she had already been to the ER several years back for the very same thing. “No, no,” she assured me, “that was vermicelli.” The girl’s just one good pun and some pesto away from growing a lasagna in her lungs, and that’s yet another thing I love about her.

I had a good idea I had a hop vine growing out of my liver once, and with good reason, but it turned out to be a pulled muscle. However, if the history of the earth teaches us anything, it’s that life will prevail anywhere it gets a foothold. This is why it’s so dangerous to eat raw eggs. Medical lights try to scare you away from the prospect by raising the specter of salmonella poisoning, but the real danger is an inadvertent hatch. It’s uncomfortable, it’s unsightly, and the intestinal crowing can lead to insomnia and loss of companionship. 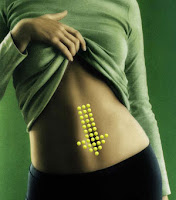 This is the real reason constipation is so hazardous to your health. If you have an intestine packed with fertile soil that isn’t going anywhere, it is essential to get it moving again lest something take root. High-fiber cereal should be ingested immediately, and then the race is on to see whether the obstruction can be moved before you sprout a field of oats. Massage can help. It’s touch and go all the way.

An awful lot can go wrong–and you might want to make a note of this–when you put things in the wrong holes. We each have many holes, each with its own dedicated function, although there is some overlap (whistling, for instance). I’ve done such a careful job minding what goes in my holes, if you don’t count the Seventies, that I’ve even managed to avoid swimming for decades. You would too, if every time you came up for air, you were still underwater. Last thing I need is a bunch of lungfish.