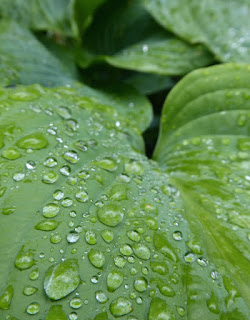 We were just treated to a rare celestial event here. It had been predicted, and although the details of how such a thing comes about are well known to science, the casual observer could be forgiven for succumbing to awe. We’d heard about the phenomenon, of course. But until you see it for yourself, it’s easy to dismiss. Nevertheless, sure enough, right on cue, the skies began to darken, and we all looked up in joy and wonder.

Yes. Water was coming right out of the sky! Just a little at first, bearing its fine mineral smell, the fragrance Life dabs behind its ears. And then a little more. By morning there was visible wetness all over everything. According to official records, this used to happen all the time. But fifty-seven consecutive days of unrelenting brightness has a way of frying the memory tank.

In fact, those same records show that sky water is a frequent visitor in these parts, to the point where people get impatient with it, and wonder if it will ever pack up all its crap and leave, but all that sounds like fake news now. Every day for the last two months, that searing ball of inevitability has barreled across the sky unchallenged, spreading mandatory cheer into the darkest crevices, more cheer than is good for us. 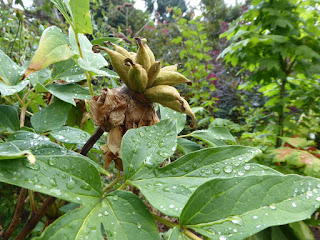 But Sunday it rained. Lord do love a duck. Snails are racing! Ants are excavating! Leaves are putting on weight!

Which, naturally, puts me in mind of stomata.

Stomata, or stoma pores, are my Spark Science Fact. You birders are familiar with the term “spark bird”–that would be the bird whose sheer stunninghood first sparked their interest in seeing even more birds, and consigned them to a life of nerdy clothing and gear and dangerous driving habits. My spark bird was the Western Tanager. I’d presumed that 90% of birds were indistinct and brownish, and then my brother put a Western Tanager into his binoculars for me and made me look, and that was that. WHEN, thought I, did they start making THOSE? What else might be out there? 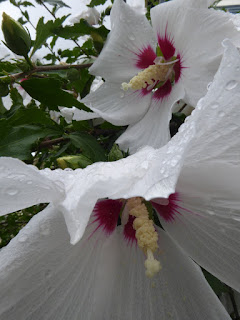 My spark science fact also changed everything. I was in tenth grade Biology, a required class that I had been dreading since first grade, when I first heard I’d be compelled to slice up a live frog some day. I hadn’t heard of menstruation yet so this was the biggest horror I thought I’d ever have to face. But there I was in Biology class and Mr. Kosek was teaching us about stoma pores. Which was one of the coolest things I’d ever heard of.

I vaguely understood that plants “breathe,” but I’d never given any thought to a mechanism. This was normal for me. For instance, not knowing anything about construction, I thought walls were impenetrable, until Amy Cook accidentally sent her butt through one while roughhousing at a slumber party, and there it all was, the whole story, gypsum dust and drywall and a peeved parent. Similarly, I knew plants respired, but I didn’t even think to wonder how. 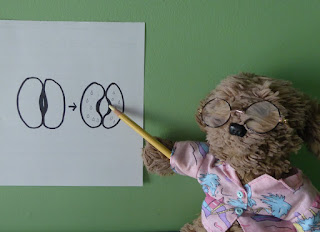 Stomata are awesome. Consider a leaf. It is made up of legions of cells. But some cells are specialized: the paired guard cells of the pores. Stomata are the plant’s means of facilitating gas exchange. That’s right: they are sphincters. Stoma pores close up when water is scarce, and open when there’s plenty. But here’s how: they consist of two fairly large cells shaped like kidney beans, lying side by side in such a fashion that the concave portions meet up and, together, form a hole. Or, if you prefer to see it that way (and many do), they are like a set of matched buttocks, at rest. The portions of the two buttocks that form the hole are thicker and less elastic than the surrounding portions, like a constriction in a balloon, so that when the cells plump up with absorbed water, they bend toward each other and the hole becomes larger. At this point, you may prefer (and many do) to abandon the “buttocks” visualization and go back to the kidney beans. The point is, when there is enough water in the plant, the water can escape through the hole, and when water is scarce, the buttock beans go slack and the hole shuts down, and the plant retains its water. Nothing could be simpler, or more ingenious.

We never sliced up a live frog. There was an earthworm and there was a pickled piglet. There was so, so much more. Science class was the hypodermic syringe of joy, and I was ready for an injection. I even ended up with a degree in Biology. It is a wonder in itself.

Because I thought I would be a writer.