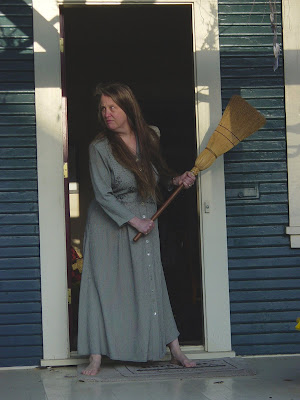 Here’s how I thought the writing business should play out: I would go sit in a tower and write a really cool book. I would polish it up and present it in a form that required no editing, and pass it briefly under the nose of an agent or publisher, who would detect the scent of genius and promptly fling out thousands of copies to a waiting world.

I didn’t actually write much of anything for about 52 years, but I did have a tower, so I had a good start. Then my friend Dave Gerritsen gave me some sort of choice–I believe one of the options was “get off the pot”–and I started writing some stuff down. It went well. I got a little something published, I won a couple little contests, and then I revised my plan. I had gotten some free publicity as a result of winning the contests, and so I thought I’d just sit in the front room, in literary heat, and whack at the agents and publishers with a broom as they crowded around the front porch; I’d let one or two with impeccable bloodlines stay. Meanwhile, I’d write a book.

The book was coming right along, but the front porch was kind of quiet. So I joined a writers’ community and went to a meetin’. The preacher at the meetin’ house soberly informed us that we needed to develop a Writer’s Platform. My platform is pretty well developed, I’ve always thought, although it’s nothing that couldn’t be handled with stretchier pants. But I had misunderstood. In order to get a book contract, we needed to prove to a publisher that we could personally sell books, because they weren’t about to be responsible for that. Heavens no. And the way to do that was not just to write a good book; certainly not. We needed to read in the town square, get a column in the paper, give commentaries on the radio, advertise on bus benches, wear spangly outfits and hire a bugler. Really, the writing was secondary.

So with great sadness and trepidation, I decided to start a blog. I didn’t want to. What if I had only twelve ideas in my whole head, and after I had sent them out for free, there would be nothing left? Well. It turned out that I can go on and on about virtually any little thing. I had no idea. My husband Dave knew, and has made his peace with that over the years, but I didn’t. It turned out to be fun. It’s like a big paperweight for flyaway thoughts. All those odd little ideas that go traipsing in and out of my brain (there being, literally, nothing to stop them) now get pinned down in one place.

The book I’m writing is tentatively titled Miss Delivery: A Substantially True Postal Memoir. It’s in the polishing stages. If you want to see it all published and everything, here’s all you have to do: tell ten of your friends to read Murrmurrs. Tell them to tell ten of their friends. Within three or four weeks, we should have most of the planet on board unless some of you have duplicate friends–try not to do that. And don’t break the chain or I’ll have bad luck. Okay, pop along now–you should be able to do this before breakfast.

Incidentally: the blog posts that seem to engender the most spirited commentary are the ones about poop. I have written about it several times (raccoon poop, possum poop, lizard poop). Clearly, it speaks to something deep inside us all.