Everyone’s pissed. The Republicans are rolling out a template of candidates who promise to put God in their cabinets. The Democrats thought they’d already elected God and are vexed he isn’t doing more smiting. The Buick of State is up on blocks and not moving at all, now that the Rs have taken all the wheels off, and the Ds can’t figure out why the president isn’t at least leaning on the horn. The president isn’t blowing the horn because horn-blowing isn’t an option for him. If he’s pissed too, no one will ever know. 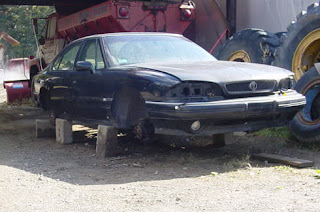 That option was taken away from him right off the bat. When Obama got elected, riding a tide of hope and joy, he presented a problem. As an attractive man with wide and fervent support, he seemed likely to thwart the Republicans’ foremost goal, which was to reign forever and ever, amen. Something had to be done. The Republican brain trust got right to work. The most obvious defamation, that the president was a colored guy, was problematic. An entire oblique vocabulary would have to be employed to point it out; worse, some people might not even find it all that defamatory. Ultimately, they resorted to pure invention, building on the observation that, at the least, Obama’s father was a colored guy, and foreign, and had a funny name, and probably associated with an unapproved version of God. From there it was a quick leap to the notion that the president had sprung full-grown from a planted alien pod and was attempting to destroy America from within by inflicting Socialism on it, which is their word for government for the people, as opposed to government for the people who have all of the money. And besides all that, he was still colored. They couldn’t come right out and say it, but it was their ace in the hole, and there were other ways to get the point across. Michele Bachmann couldn’t say it, because she, along with her husband, is a lady, but she could and did say he presided over a gangsta government. Michele is a subtle gal. 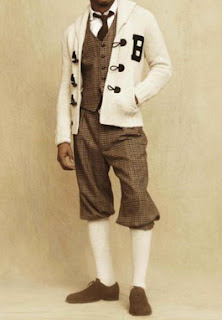 So Obama has his principles, which is why he still allows himself to be photographed playing basketball instead of wearing plus-fours on the croquet court, but he must never, ever, appear to be pissed. No matter how he is provoked, he must remain unperturbed. He is in the odd position of being too black for some and insufficiently black for others, but he cannot display so much as a snit, or the deal is sealed. He blows his top and it’s all over. Michele Bachmann might as well just start referring to his “crack-ho economic plan” if he does that. So the Republicans and their propaganda wing have been poking sharp sticks at him for three years now. Occasionally a camera catches him in a momentary sun-squint and the photo is sieved for signs of irritability through three news cycles, but the Republicans might have to admit they misjudged his actual heritage. They are dealing with a man who came from a white mother and a Vulcan father.

It’s the Nixon-goes-to-China thing. (Thanks for that, by the way, Dick.) No one but an ardent anti-Communist could have gotten away with opening up trade with a Communist country. In this country, you’re not allowed to accomplish what you want, but sometimes you can do what no one expects of you. Obama can’t act peeved, but Mitt Romney could fling himself down and have a tantrum in the grocery aisle, and be praised for unanticipated passion.

Some Democrats think Hillary Clinton could have accomplished more, but she would have been thwarted too. Any woman in that position would have had to whomp up a war so as not to appear too feminine, except not during her period, when it would just look bitchy. The only person who could get away with introducing real socialism would be Donald Trump. Myself, I want a president who will value education, make decisions based on sound science, institute a steeply progressive tax structure, and get serious about global warming.

Somewhere over there on the left you’ll see an invitation to follow me on Twitter. It’s not a very shiny button, but that’s only appropriate. I barely know how to twit. Tweet. Whatever. But someday I will, and it might be funny. If you sign up real quick, you can be my fourth whole follower.