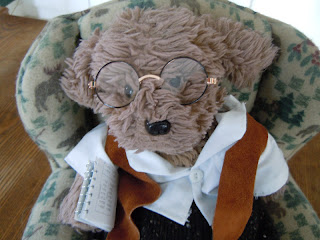 Introducing PootieFact, an occasional feature in which our roving reporter Pootie seeks to separate the factual from the fatuous. Our first guest, Mr. Newt Gingrich, has kindly consented to be interviewed in the interest of affordable publicity.


In this election year, many are asking why Americans should trust the Republican Party with our economic recovery when it is the Republican principles of deregulation and tax reduction that got us into trouble in the first place.


The problem here, little dog, is that the deregulation and tax reduction have not been tried long and hard enough. Americans want a president with a firm grasp on our rising fortunes. And that president will be a Republican. Every one of us knew Obama’s state of the union speech was pathetic, even before he delivered it. That’s the kind of vision we need. 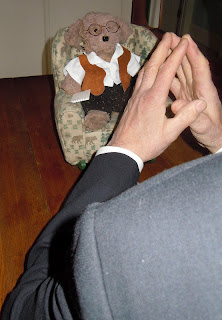 Obama has come under fire from Republicans for saying things could be worse. Should he have said things couldn’t be worse? It sounds like there’s no way he can do anything right.

You, yourself, have referred to Barack Obama on several occasions as the “food stamp president.” Many have seen this as thinly veiled code language directed at a racist audience. Do you have a comment?


That is as close to despicable as anything I can think of. That is an abomination. That is a fabrication of the lint-headed media.


Listen. This racism thing is just another trumped-up charge meant to distract us from the big issues of the day. I have always said that the president is surprisingly articulate. But he is a major playa on the world stage and we cannot afford to have a man in that position making one jigabooboo after another. And you can quote me on that.

Others have pronounced you morally unfit to lead because of your serial infidelities. How do you react to that? 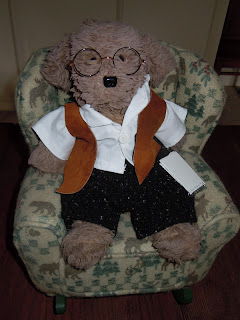 I’ll tell you how I react to that. I react to that, which is even closer to despicable than the other thing, with the kind of barely controlled, manly outrage Americans like to see in a leader who will have to stand up to terrorists and liberals. Do you want a president who is so maritally passive as to stick to one thing even when it’s not working? I don’t, and I don’t think America does either.

How about accusing Obama of not being an American?


Listen. I’ve always said he should just show us his birth certificate. End of story.

But he did show his birth certificate. 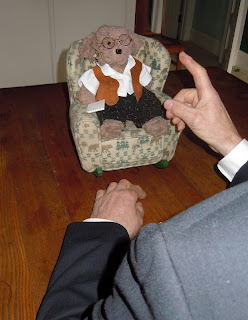 I see here you are proposing a base on the moon.


I am proposing a permanent Chinaman-free station on the moon, a showcase of American technology and a model for new resource depletion, manned by Cuban friends I will reach out to, and a couple of Jews, with a staff of little colored boys sweeping up.


On the contrary. All we need to do is jump-start the American entrepreneurial spirit and pay for the whole thing by raffling off prizes. IPads, hoodies, Starbucks gift certificates. Done.

Still, it is no coincidence that you made this proposal on the Space Coast in Florida, which is reeling from a loss of jobs. If you have similar proposals for the other states, that can start to add up.


Not necessarily. Our potato-based Aryan Monument in Idaho, 4 electoral votes, excites people, while remaining quite reasonable.

Do you have anything in mind for us here in Oregon?


Oregon. What kind of people do you have out there, again? White, mostly? Some Russians? 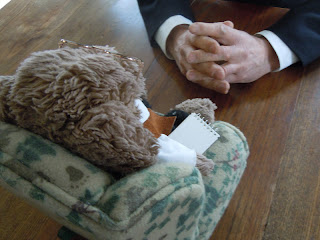 I don’t see how that–yes. Pretty much.


Oregonians know what’s best for them. What Oregonians need is for the federal government to get out of their way. We remove job-killing regulation and you can clear-cut your way to a new golf tourism economy.

Actually, we do miss the timber jobs, but we’re still fond of our forests. We were thinking more along the lines of an artisanal toothpick factory. But we’re pretty self-sufficient. There’s not much we need. You could come down to the root cellar and rotate the canned peaches, maybe.

Michele Bachmann accused Barack Obama of going all over the world apologizing for America. Do you agree with her?


I do, and when I’m president, I will stand erect for America. The one time Obama should have apologized, he didn’t. The Environmentalist-Wacko-In-Chief, in an unconscionable display of hypocrisy, refused to apologize to India for soiling her ocean with dead terrorist. 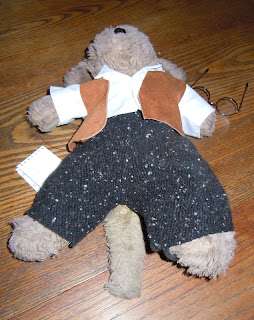 Surely you are not suggesting that the environment is not worthy of protection.


I am not. We have come very far in the protection of environmental degraders. In the last year alone, we have created hundreds of jobs on Madison Avenue and sunk millions of dollars into the rebranding of Coal.

What are we calling it now?

But there are those who say that this does nothing to forestall a critical warming of the planet.  Do you not believe that human-caused climate change is occurring? A vast majority of climate scientists do.


And it is an unwise president who does not seek out dissenting opinion no matter how expedient or mercenary and give it equal weight. I will not be that kind of president. I will exercise due belligerence in every decision.

But they are saying that in another fifty years, America will suffer extremes of climate unmatched anywhere else on earth.