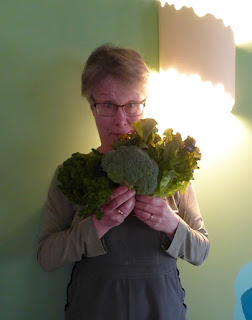 Like many of you, I’ve heard how important it is to have fiber in my diet, but I wasn’t clear what, exactly, fiber is. When I thought about it at all, I thought it must be something like rope. So I looked it up. Dietary fiber refers to the indigestible portions of food made from plants. It used to be more commonly known as “roughage” back in the days people used cool evocative words instead of inferior replacement words. You can get lots of nice digestible gooey bits and nutrients from plants; the fiber would be in all those sturdifying parts of a plant that keep it from getting floppy.

There are many types of fiber. There’s your cellulose, as epitomized by celery; there’s your mucilage, which is found in oats and also little jars with rubber nipply tops; there’s lignin, which is found in beans and fruits, and wants to be coal when it grows up; chitin, located in the exoskeleton of insects and the really crunchy parts of crabs; and many others. Good sources of dietary fiber include beans, dark green vegetables, whole grains, fruit, and burlap. Artichokes are packed with fiber, but a lot of that is the leafy part you throw away after you’ve toothed the butter off of it. Peas are good also, and okra, which is high in both fiber and snot.

You’re not going to get any fiber from an animal, unless you eat the string around the roast beef, or unless it was wearing a little cotton sweater. Nonetheless, people have done just fine with an all- or nearly-all-meat diet, such as my Uncle Irvin, who reportedly never touched a salad or green vegetable in his life, although he happily suffered the potato, which is another vehicle for butter. But he was a Norwegian and as such could count on a minimum of 85 happy years, as long as the butter held out.

It is claimed that the Inuit people traditionally ate virtually nothing but meat, from caribou, fish, whale, and seal, and did just fine. In order to survive, they ate some of the meat raw, to retain the vitamin C, and also ate the skin and hooves and what-have-you, and also got their greens by eating the stomach contents of the caribou. That strikes me as one crappy salad, although it wouldn’t surprise me if Norwegians had a recipe for it. It would include butter. I don’t know. The whole situation would have me rethinking my location. Maybe I’m over-delicate, but I’d snap a tooth on a hoof.

Generally speaking, however, you need roughage. Roughage is the boat your shit sails out on, and without it, your Cheez Whiz and burger just mill around in the intestine for days, enjoying the ambience. Fiber is nature’s scrub brush, and is even said to ward off hemorrhoids. Or maybe just grind them off. Either way.

There are animals that can digest cellulose, but you don’t want to be any of them. They all make a point of enslaving colonies of cellulose-digesting microbes; they include horses, cows, goats, koala bears, giraffes, and termites. Ruminants not only engage the microbes to bust up their grasses, but repeatedly throw up in their mouths for a re-chew. And all of these, especially the termite, are gassy as the dickens.

Which is fine in moderation. Flatulence, in fact, is considered a downside of a high fiber diet, but only by people suffering from undue decorum. But you can fix undue decorum with enough fiber.