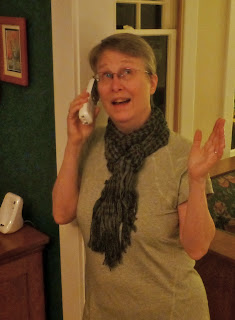 Listen. We’re so excited to have you on our team. We’re all so excited about this novel! It’s for a niche market for sure, but we’re very confident we can position this. We’re just now running your manuscript through Editmaster to get all your adverbs stripped out. So it’s time to talk marketing.


Oh good–I was wondering where you were going to send me on the book tour.

We send you! We send you? Omigod, you’re precious. Now, we certainly want to encourage you to do as many readings as you can. And keep in mind it doesn’t have to be in a book store. It could be in a coffeehouse. It could be in the subway. Use your imagination. How’s your platform coming along?

You mentioned you started a blog. How’s it tracking?


I haven’t thought of anything to put in it yet.

Oh that’s easy. Just break it down into thirds. You have a cat? 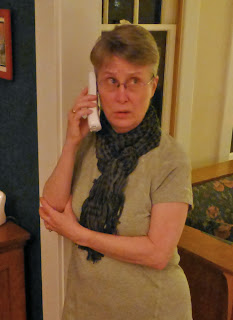 That’s one-third right there. How easy is that? And then for the second third you can do rants, you know, things that happened to you in the parking lot, or the grocery store line, etc., etc., or you could take pictures of what you had for dinner–or both, you could divide the second third into two, and that would make it, what, fourths?


Not even. Evenly. Sorry for the adverb.

So then that leaves you the last third for building buzz for your book. You don’t want to hit this too hard. You want to bring them in for the cat pictures and then make sure they know you have a book coming out. You want to make them yearn for that book. Little excerpts, or mini-stories featuring your main characters. You could even have a little weekly feature, “what would Mrs. Cartwright do?” You know, set up a scene, and then ask your readers what they’d do if they were in Mrs. Cartwright’s sensible shoes. They’re going to know Mrs. Cartwright. They’re invested in Mrs. Cartwright.

And then you’ll need a twitter account. You’re going to want to put in at least five tweets a day. I can see that look right over the phone, missy! Listen, you don’t have to like it. You just have to do it. I’m going to ask you to grow up a little and do your part. It’s easy peasy. You can set them up to fire off in advance. 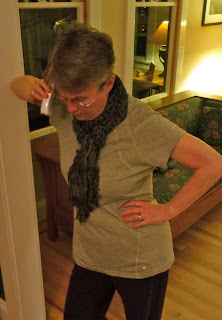 I don’t even get why anyone looks at twitter. I just don’t get it.

Doesn’t matter. It’s easy peasy. One of your daily tweets could be linking to someone else’s cat picture. That’s 20% right there.

Or, I know! You say you don’t like twitter, so out-twitter them! The heck with 140 characters. You’re a word person, right?

You could do your favorite words.

Verbs, sure! You like verbs, you get known for your verbs. Put in five tweets a day, all single verbs. Plummet. Honk. Wangle. Pretty soon, you’ve got people wondering, what is this girl up to? And then they start to figure it out. They’re all verbs! Now you’re the Verb Lady. 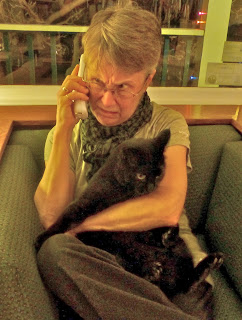 You are! And then with Facebook, that’s easy. Just set aside a half hour a day to comment on other people’s threads. Pretty soon their friends know your name even if they’re not your friends. Start to work it into conversations. “Well, call me the verb lady–but that cat of yours sure knows how to sashay.”

Oh, honey. They don’t have to like it, they just need to “like” it. Trust me, darling. Now. Can you dance?

Dance. Doesn’t matter. Even if you can’t dance, it can be cute. In fact, it’s even cuter. There you are, dancing kind of wacky, and people start to notice. I mean, lots of people have videos of themselves dancing. But bad dancing? Those are the ones that get shared.


Where am I dancing?

Oh, use your imagination. Manhole cover? City Hall? Mt. Rushmore? There you are, just hopping in circles on one foot, flapping your arms. It’s your signature. People will wonder where you’ll show up next. Ooo! You said you have a cat. Can you hold your cat up in the air and hop around on one foot? 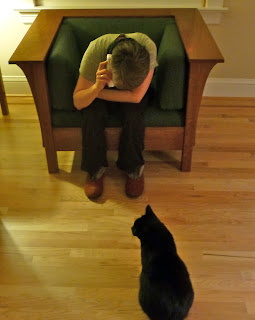 No, we need consistency. Think. What else?

Yes! You’re a creative genius, that’s why we love you! Hopping around on one foot holding a chicken above your head! Omigod, that’s perfect. You’ll be the chicken lady. The Chicken Verb Lady.


I don’t see what this has to do with my novel.

It has to do with buzz, my darling girl. You’re building buzz. Before long, people are wondering, where is the Chicken Verb Lady going to dance next? Can we get a picture of the two of us together and put it on Facebook?


But my novel has nothing to do with chickens.

It has nothing to do with vampires, either, darling, but we’re publishing it anyway. We’re going out on a total limb for you, sweet cheeks, don’t forget that. Try to work with us here.


I’m sorry. I’ll try. But my novel is about two sisters who grow apart and then realize that their differences are just two sides of the same coin of contending with their difficult mother, and they come to an uneasy truce over her long-term care.


And at the end there is some intimation that their own daughters are falling into the same patterns. Are you still there? 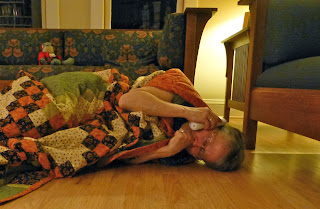 Okay, we don’t want to stress all that. We’re trying to build buzz for your book, not put people to sleep! All right. I think this market plan is shaping up. We’ve got six months before the book comes out, plenty of time to get this show on the road. Whenever anyone Googles “dancing chicken verb lady” they’ll get sent right to your book page. Your blurbs, we’ll have a bit of flash animation of you dancing with the chicken across the top. Oh! And we’ll send you to the World Series.


I love baseball! You’re sending me to the World Series?

There’s nothing in the marketing budget for airfare or tickets or anything. So you get to the World Series somehow and you make your way down to the first base line and hop around on one foot with your chicken in front of the dugout. Everyone in America will see you. I think we can get Publicity to cut loose enough money to set you up with a hotel room.

We can probably get enough out of Legal for your bail. But not too soon! Buzz, baby, buzz!