Pre-Planning For The Future 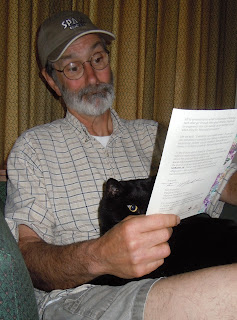 Dave got a solicitation in the mail the other day from Neptune Cremation Service, which thought he might want to plan for the future. The only plan we’ve had so far is to have him go first, so that part was appropriate. And since cremators don’t charge by the foot, he’s already getting a better deal than I would. In the advertisement, Neptune Cremation Service points out that we can lock in today’s prices, and that is a legitimate selling point in these days of rising energy costs. It’s not easy to burn people thoroughly–we’re seventy percent water, and it takes a lot of energy. That water weight is a big deal. If a woman succumbed during her period, she could end up smoldering for days. Fortunately, this doesn’t happen often. Most deaths occur to people who happen to be nearby a woman having her period.

We also get mail from funeral homes. Most of them also remind us of the need to plan for the future, even though that is so much more challenging than planning for stuff that’s already happened. Some of them up the ante by recommending pre-planning. But pre-plannig is what I’m already doing. I’m perpetually at the stage before planning, and that is why I’m unlikely to respond to this sort of advertisement. I am also not reassured by these outfits’ tendency to use the word “pre-need.” It should go without saying. People tend to lose a lot of their former charm almost immediately upon death, and something should be done, but you don’t want to jump the gun on cremation. Some folks could use a little exfoliation, but that’s about as far as it goes.

Neptune Cremation Service brought up some valid points. People move around so much these days that it makes less sense to place one’s loved ones in a “local” cemetery. Which means “rest in peace” has turned into “buckle up, because your shiftless son is going to be toting you in a can from sofa to sofa for the next forty years.” It’s true that embalming and burial are a waste of resources, but cremation is not without its environmental impact. It would make more sense to get dug into the garden; it’s not legal everywhere, although you could probably get away with it if you topped it with a little plywood headstone labeled “Fluffy.” Better yet is to get staked out for the vultures, but people are excitable, and oddly begrudging of vultures, especially in your urban areas. 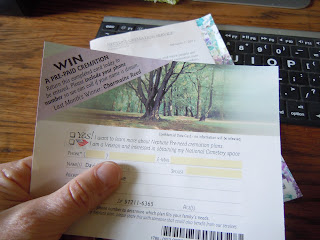 But wait! There’s more! If we send in the enclosed card–you have to use your own Forever stamp–we can be put in the hopper to WIN A PRE-PAID CREMATION! which is no iPad, but I’d still probably mention it on Facebook if I won. The card insists it is a Confidential Data Card. No information will be released. So it’s a little odd that they reveal last month’s cremation winner. It’s Charmaine Reed, y’all. If you know Charmaine, you might want to check on her to see if she’s looking a little, uh, dehydrated.

Dave has cleaned out crematoria before. He used to be in the business of repairing and relining kilns and boilers. His mom sort of expected him to be an engineer, but instead he wore coveralls and scooped out cremation burners. Anyway, he’s said many times that he wants to be cremated and have his ashes sent through a lime kiln one last time. I’ve got a plan too.

I want to have any functioning innards donated to whoever needs them (tip: go for my liver, it’s a frickin’ miracle worker), but then I would like to be taxidermed. I want my arms up and a fierce expression with big googly glass eyes, and then I want to be interred inside the wallboards of a new and totally useless partition in my house. One that the new owners will be anxious to demolish. They should probably have a pre-plan in place, too. 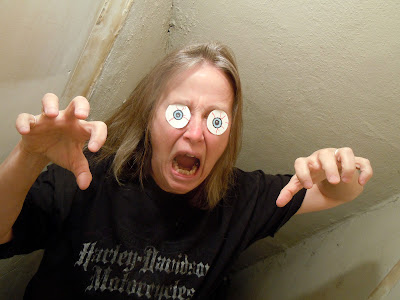