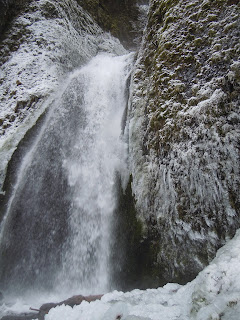 The weathermen around here like to comment periodically on what an interesting area we are in, meteorologically. By that they mean they really wish they worked in L.A. or somewhere they could phone in a forecast for the month and go on vacation. Here in Portland we have a lovely confluence of topographical features that result in great natural beauty, massive gastropods, and meteorologists with substance abuse issues. We take it in stride. If I need a weather report, I check the NOAA website and three different locations in the newspaper and pick the one I like the best. They won’t be the same.

The TV guys look uncomfortable when they’re pointing at the map. “We’ve got moisture coming in off the ocean,” they’ll say, beginning to shrug, “and an arctic blast surging in from the north”–their shoulders are now just below their ears–“and it’s all going to turn on what the low pressure sweeping down the gorge decides to do.” The weatherman is now noticeably shorter as measured against the latitude line on the map behind him, and he has punted as usual, phrasing his forecast in such a way that it will all be the fault of some anthropomorphized cold front with an agenda and a poker face. 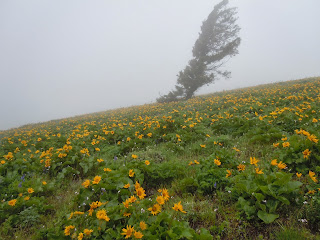 It’s not that there aren’t things you can sort of count on. Like, it’s probably not going to snow. I was excited when I moved here when, that first winter, it began to rain, and rain some more, and then a cold front was supposed to come in. Snow! I thought. I like snow. I did like snow. It was pretty and fluffy and it got you out of school for a day. I was many years past that being a factor, but it still informed my emotions. And I was not yet a mailman, for whom there are famously no snow days. Not only are there no snow days, but they’re going to make you climb into an antique Jeep with slick tires and no heater and skeeter out like a greased hockey puck. The idle is set to five million RPMs in order to keep the engine from crapping out altogether and as soon as you let your foot off the brake it is just between God and gravity which ditch you end up in. This is one reason mailmen drink on the job. The other is they’re alcoholics. 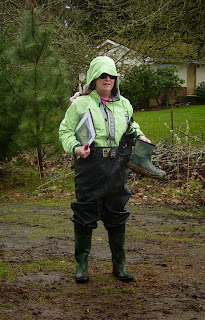 Nevertheless, we got no snow that year. We’d had precipitation for two months running and as soon as it got below freezing, the sun came out. The problem was we get our moisture from the south and west, which is warmer, and our cold from the north and east, which is drier.

What we don’t get much of is very cold or very hot. This suits me. I do remember a particularly cold night I spent waiting for the train in Boston. It was -15F and there was a fifty-mph wind, and I thought: how interesting! I have literally never been this cold in my life. My nipples snapped off and rattled around with the coins in my pocket. Chunks of my ass calved away and clanked onto the platform. It didn’t grow back for weeks.

But last week it got really cold. Oh, maybe not cold like it gets some places, but fifteen degrees, and less. We’re not cut out for it. We put on our good raincoats, and then we layer on our okay raincoats and our muck raincoats, and then we’re out of options. We haven’t prepared. Suddenly we’re Googling how to keep hummingbird feeders thawed out (“heat them”). Yes, we have winter hummingbirds. Nobody’s told them about global weirding and we worry we’ll find them hanging upside-down from branches like tiny popsicles.

So we have rain coming in off the ocean, cold coming in from Canada, and a large mountain in the way 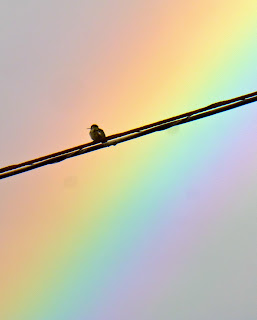 of all of it. The Columbia River Gorge picks up any screwy weather it finds out east and fire-hoses it into the metropolitan area. There are so many microclimates the precipitation map looks gerrymandered.  One day we noticed it was pouring rain in the front yard and sunny in the back. So many things happen at once that the most common weather feature in downtown Portland is rainbows, which is what most of us would have voted for anyway.

Any batch of moisture drifting into this little valley doesn’t know whether to pellet up, take a gut punch right down the gorge, or smack into a mountain. It’s all confused. So mostly it just piddles itself out of sheer lack of imagination. The weathermen cross their fingers and count on that. The phrase here is a little different from most places. If you don’t like the weather, wait six months.