A local homeowner burnt up his house during the recent cold snap, and all he was trying to do was warm up his chickens. That’s what you get when you try to raise chickens in the city, some are clucking. But the whole disaster could have been averted had he gone all in on the urban farming. What he needed was a cow.

There is a growing appreciation for working with nature rather than at odds with it, not only because it’s the right thing to do but because it’s the most effective thing to do.
So in this case, when the heat lamp overheated in the chicken coop and the house was threatened, our city farmer would have been in much better shape had he thought to keep a cow handy. A man in Rogersville, Tennessee recently got all upset at his neighbor for allowing his cow to lick his house, doing $100 worth of damage, he claims. I don’t know what constitutes $100 worth of damage. Maybe the cow got some pieces of the man’s siding going the wrong way. But for sure a well-licked house would be much better protected against fire than an unlicked one, and besides, it would be natural.

I’ve tried to apply the principle to my own life. We had no sooner put up an addition on our house than a flicker elected to drill a giant hole in it. It was way up on our tower, which made it hard to get at. After a few weeks the flicker abandoned his project to go perforate someone else’s house, and we were left with a sizable hole that would likely collect moisture and begin to rot, forty feet up in the air. How can we apply a natural solution to the problem? I pondered the question for a while. What we needed was something that would fill the hole and prevent moisture damage, and the answer was hanging right there in front of my nose: sperm plugs. 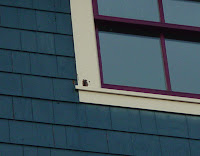 Sperm plugs are left inside females by various copulating males in the animal kingdom, either to prevent insemination by a rival male or to prevent leakage of semen. Many species employ the sperm plug, not including humans, who have instead evolved the ability to do laundry. All that I would need to do is render the hole in question sexually appealing to one or the other of these species and nature would take care of it herself. In other words, I would need to create the conditions that might induce an animal to do to our house what those heating subcontractors did to it in 1996. Possible sperm-plugging candidates would include the boa constrictor, the banana slug, the masked palm civet, or the

monkey. (“Why not something in the crab family,” I hear you saying, and true, the spermatophores, or sperm packets, used by crabs might be a suitable patch, but one would want to go with a shore crab, with its simple ellipsoidal capsules of uniform thickness, and not your hermit crabs, whose spermatophores are complex, pedunculated structures; because who needs that drama? Also, most crabs do not care for heights.)

Boas seemed problematic. If there is a boa constrictor capable of scaling a vertical wall forty feet, I don’t care to know about it. Slugs are prevalent and famously peckish; perhaps if we planted a hosta in the window, we could attract a raft of them, at least for a snack; but I tend to founder on the question of what passes for sex appeal in a slug, and am disinclined to do the research. Which brings us to the monkeys. They’re clearly capable of getting up there, as we all know from that documentary about the Empire State Building. Unfortunately, we’re very shy of monkeys in Oregon, although with climate change we might hope for an expansion of their range. This might take a while, though. And if we’re going for those champion sperm-pluggers, the ring-tailed lemurs, which are native to Madagascar, we’d have to wait for plate tectonics to deliver us one, and that would take even longer, by which time they might not even be in the mood. 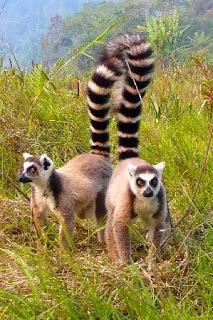 The more I think about eco-engineering the deposition of a coagulated post-coital gelatinous protein mass, the more I think: you know? Wood putty might work.
By Murr Brewster|2021-11-09T21:30:32-08:00February 17, 2010|Uncategorized|15 Comments