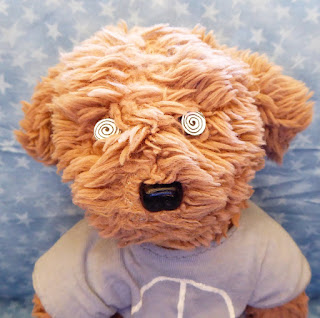 I’m obliged to frequent commentatrix Knittergran for pointing me to the amazing Crystal Light Bed. The Crystal Light Bed allows you to cleanse, balance, and align your energies, and if you go to a reputable dealer, you can even commune with certain curated angels, arranged alphabetically from Ariel to Zadkiel. As these things go, this sounds promising to me, inasmuch as my favorite state of being is horizontal.

The Crystal Light Bed is used by various practitioners around the world although it was invented by someone named John Of God, who sounds plenty qualified to me right there. One such is Kalisa Augustine (Kalisa Of Brooklyn), who, according to her website, uses spiritual technology and quantum alchemy to detoxify and purify the electromagnetic field, and Lord knows somebody needed to do that after all these years of neglect. Quantum alchemy is best left to the most certifiable masters of charlatanism, so it is comforting to note that Kalisa is quite blonde and has a nice set of credentials on her. 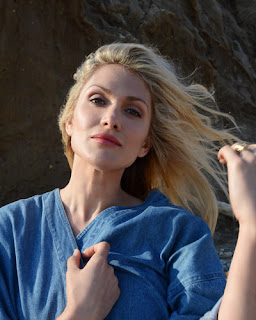 The basic idea of the Crystal Light Bed is simple. The client lies down on an ordinary massage table, facing up, and seven quartz crystals are set dangling twelve inches above his seven major chakras, pointy side down. Edgar Allan Poe probably had a bed just like it. The seven chakras are aligned, ideally, at various points along the body’s median strip from crotch to bald spot, so the crystals are arranged like track lighting. Oh, they’re also lit up with colors that match the accompanying chakra color, and polished with a holy shamwow. I would imagine the array concentrates the mind wonderfully, especially the crystal hovering above the Root Chakra. (Don’t bother googling the Root Chakra. You all know perfectly well where that is.)

Ms. Augustine of Brooklyn goes on to explain that a crystal’s natural structure is a six-sided prism with a terminated end. You definitely don’t want the kind of end that goes on and on. This is not actually accurate with regard to any number of crystals I can think of, but it does describe quartz, so we’ll let it go this time. She says crystals share this configuration with water and energy molecules.

[Energy molecules are principally composed of excitement atoms and zest, and remain mysterious to science to this day.]

In a nutshell, Kalisa’s crystal bed is a “multisensory, meditative, cleansing experience that takes you into greater realms of depth.” In fact, you can’t really get much deeper.

I am not by nature wooful, but I accept that I too have at least seven chakras, in the same way I accept that I harbor a spleen, somewhere. I’m not intimate with them. The meridians are the pathways for the qi between the various chakras, as I understand it, and it’s important to keep them reamed out so you don’t clog your life force. This is all somewhat more challenging for me, because one side of my chest–for the moment, we’re going to refer to these as “sides of my chest”–is much bigger than the other side of my chest, and that throws off the meridians, which have to make a little pivot halfway to my brain. In general, any sort of reboot of my spiritual body is going to be problematic, because I haven’t even taken it out of the box yet. 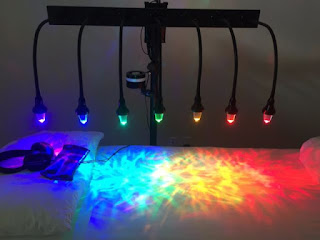 They don’t have a crystal light bed for every possibility. Some believe there are as many as twelve chakras, and the extraneous ones are located outside of the body. For instance, the galactic chakra (#11) is located just above the solar chakra, somewhere above your head where the lightbulb would be if you had a thought, and allows you to transcend space and time and even access the Akashic Records, the library of all that was ever or will ever be human. This is not as big a deal now since the Akashic Records went digital. The Universal Chakra (#12) is even farther out. Theoretically, with the universal chakra you can achieve enlightenment and operate all your devices at once, but it never works as advertised.

Basically, the 12th chakra is out there with Pluto, and I hope they’re having a good time. We’re not going to worry about it now. It’s not practical to make a Crystal Light Bed for all the chakras that might potentially be found. You’d end up sleeping inside a geode.