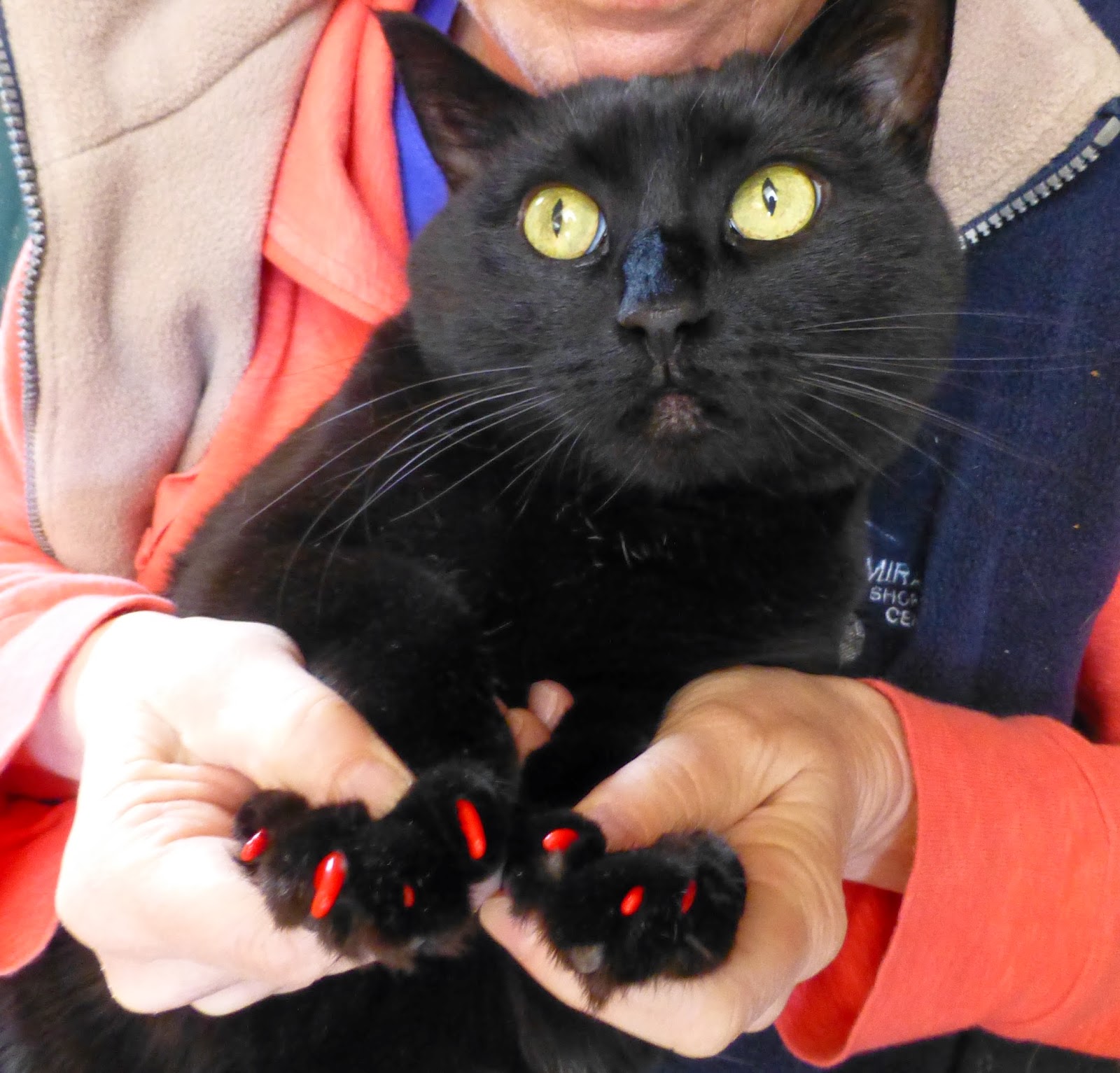 There’s a lot to be said for goldfish as pets. Sometimes they’re towing that long poop trail, but that’s just temporary. I was thinking about the merits of goldfish when we retired a fine upholstered chair that our cat Tater had loved to ribbons. When she began to apply the same affection to a new Arts & Crafts rug that we’d bought so recently that we still remembered the price tag, I began to look up solutions on the internet. “Cat murder alternatives,” I typed in.

You could type in something like “do earthworms sneeze” and expect a billion hits, but it turns out there are not many good alternatives to murdering a cat. One of them is rubbery claw covers. You glue them on your cat’s claws and instantly reduce their slashing ability and self-esteem. Also, they come in colors. What could go wrong?

They only last a few weeks, and the main brand was willing to relinquish a set of twenty for about thirty dollars. I could just reupholster my chair every six months for that kind of money. But I could get forty of them for a buck if I ordered them from China on eBay. I won’t even shop at Walmart because they’ve moved our entire economy to China, but I was willing to put a divot in my ethics when it came to rubber cat claws. I sent away for them. They arrived promptly, with a helpful instruction pamphlet, including a cutesy Chinese cat cartoon and the following advice: 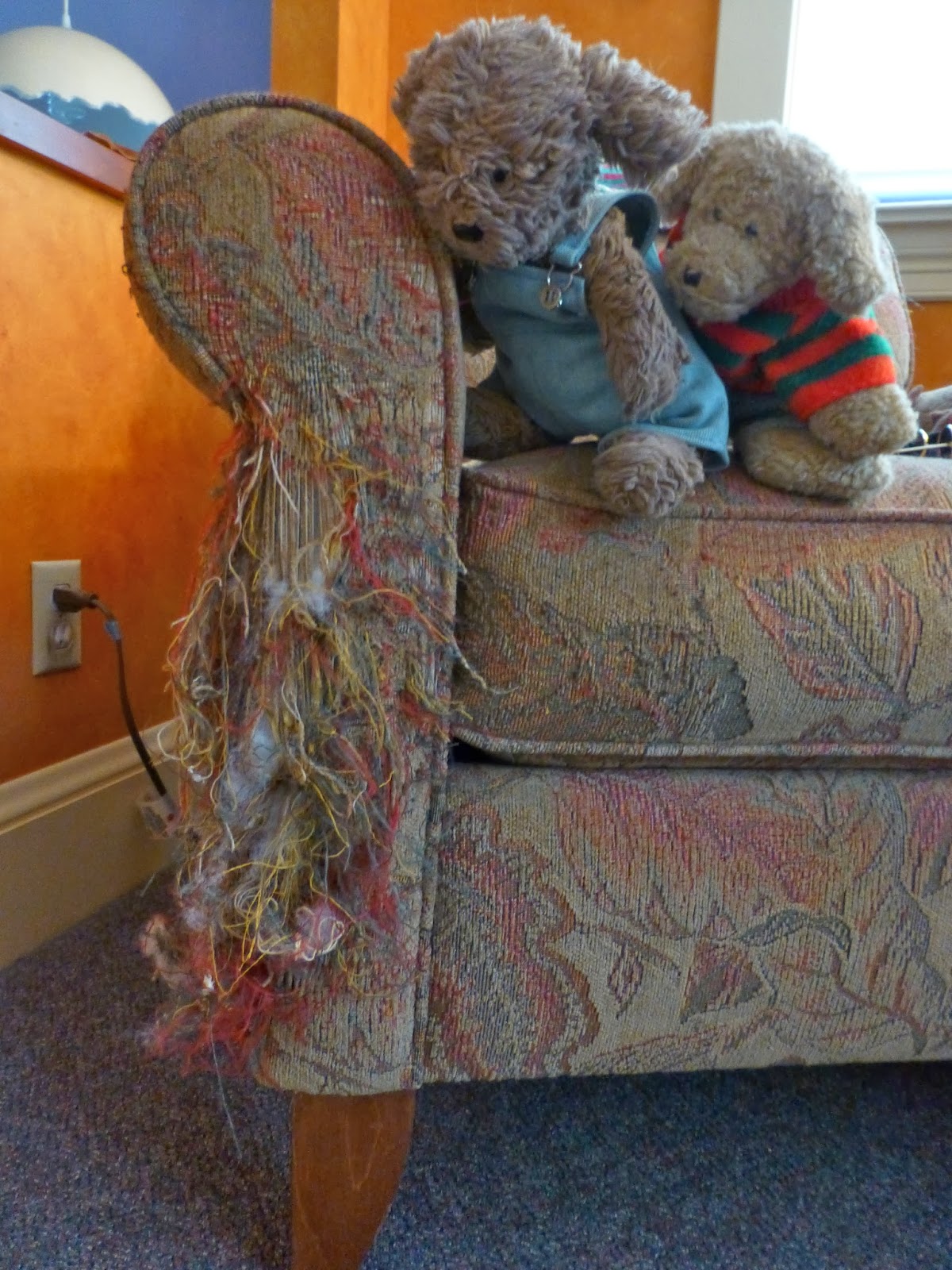 Some dogs and cats will try to bite away the nail wraps after they are initially put on. Once it happens, immediately cry it down until they are used to the wraps. But please don’t worry, it is quite normal. Avoid direct contact between children and pets with the adhesive. Trimming of too short nails may let them blood. Once the nails blood, put on the nail wraps after bleeding is stanched. If the nail kits cats & dogs were swallowed, do not worry, most the circumstances were swallowed nail kits will be discharged as waste.


This was all very helpful, but didn’t go quite far enough. As a public service, I  have expanded the Nail Caps Instruction Leaflet for the benefit of all:

Some cats will catapult a mayhem event on the application of the nail kits. Once this happens, do not worry. It is normal. Do make sure the crockery. In the circumstances of the too short crockery, simply engage a sweeping. It is recommended that the cat observation continue through the mayhem event. You may find it helpful to pillow the remaining crockery.


Remember: nail adhesive is strong and binds now. Be careful do not glue your fingers together. Once 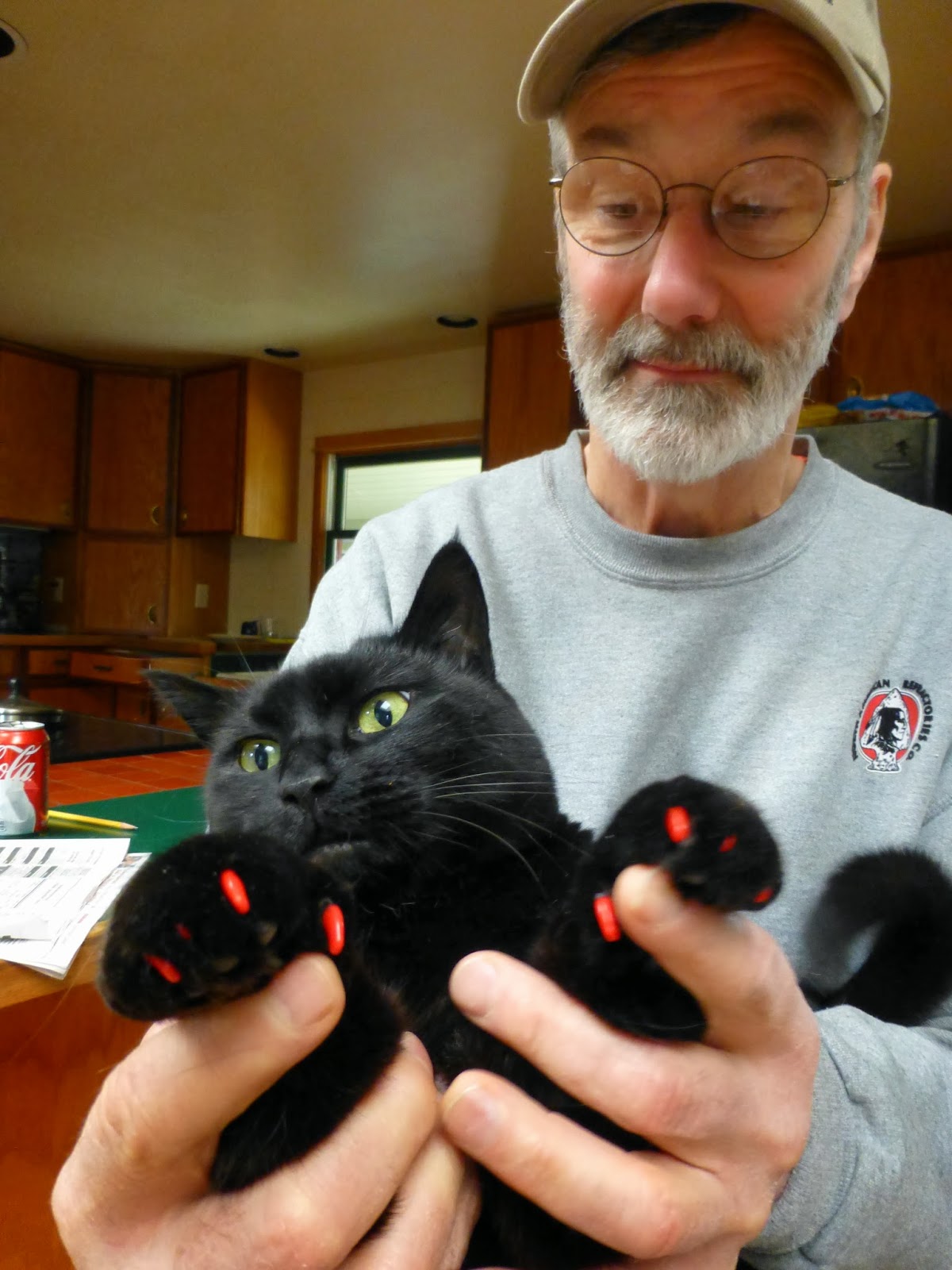 it happens, intrude a grapefruit knife in the middle of fingers with care and apply gentle sawings. If it bloods, do not worry, that is quite normal. You will normally live.


To reduce incidents of slashings, it is recommended that a full set of nail wraps are installed in the cat before initially attempting to install nail wraps in the cat. Be careful to do never glue your fingers to cat. Once it happens, calm up the cat as agitations can be rippy. If the cat is strenuously going away, apply blanket to its head and cry it down. If no blanket somewhere, oh well. That is life! The situation will resolve itself within four weeks when new skin arrives. Some cats will try to bite away the fingers. Please don’t worry, blooding in the circumstance is quite normal. Continue to observe normally the cat and be alert to spurtings on your selves. If spurtings happen, immediately seek up help from the doctor.


Do not worry. Worry gives agitations to the system and can lead to discharges quickly of waste. Instead admire at the cat until the doctor arrives. Nice cat! Pretty cat.