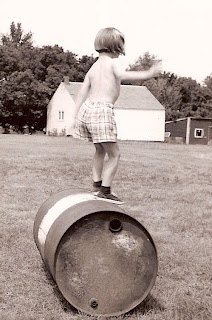 Back when I was a tadpole, our mothers used to broom us out the back door and tell us to roll around in the dirt, eat grubs and play kickball in traffic. We lived by our wits, such as they were. Ultimately, this led my entire generation to engage in a little thing called a “road trip,” wherein groups of large children who had obtained sexual maturity, if nothing else, piled into cars and took off for the hills. Maps were free from the gas station, but the cars were guaranteed to fail, telephones were scarce, there were no machines that spit out money, and, for that matter, there were no credit cards. Survival was all up to you and whatever common sense and resourcefulness you had accumulated through the years of parental benign neglect. Drugs and alcohol upped the ante. Natural selection worked as it was intended to, and those of us who remain topside are more or les 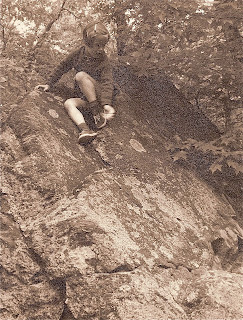 s able to think for ourselves.

Things are different now. Children are carefully supervised, padded against peril and sent out with wicking underwear and weatherproof outfits and enough electronics to replace every part of their brains. A child plunked down in the wilderness now would spin in place for a few hours, and then make an art project out of acorns and mud and wait for praise from the rescuers. This method of child-rearing produces grownups like the ones here in Oregon who, last month, headed down unmaintained roads in the grip of winter until they got stuck, far from civilization, because that’s what the little voice on their GPS system told them to do. The modern version of the old scold is no longer rhetorical. “If Garmin told you to go jump off a cliff, would you jump off a cliff?” Why, yes! Yes we would!
One stranded couple knew exactly how to get over the mountain to their destination, but they faltered when the GPS lady insisted they take a short cut. The GPS lady was so sure of herself 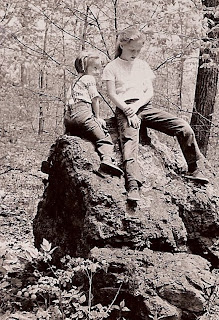 that when they passed by the shortcut because they couldn’t see it, since it was all covered in snow, she admonished them to make a U-turn. Which they did, and proceeded to plow their way into a snowy oblivion several miles in. Their cell phones didn’t work, either. This poor family was so baffled by the failure of their electronic neuron supply that they did the only thing they could think of. They made a nice video of their surroundings and waited to die.

Technology may be a snap if you’re born to it, but it can be very frustrating to those who had been raised to rely on their own brains. We will never forget the scene of Dave’s mom crouching in front of the oven one Thanksgiving. That fine woman had, by then, roasted about fifty Thanksgiving turkeys in her life with complete success, but there she was with her new-fangled Butterball, prying at the button with a paring knife and muttering, “Dang it, I know it’s done.” 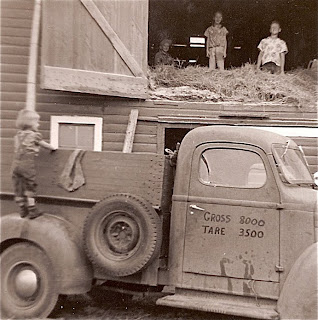 So just when I had despaired of children ever being exposed to the consequences of their own actions, bless their hearts–they went and invented tree-surfing. A California teenager recently rode a Christmas tree towed behind an SUV, and the driver took a turn too fast and sent the surfer out on a tangent that culminated in his hitting a parked car and suffering entirely redundant head injuries. The driver fled. The other kids riding in the SUV said they have no idea who she was. Natural selection, if given free rein, will cull every one of these people. This will cause momentary sadness, but then thanks to a variety of indulgent satellites, we’ll know just where their bodies are.
By Murr Brewster|2021-11-09T21:31:04-08:00January 13, 2010|Uncategorized|10 Comments