Round Up The Kids

The hosts of the holiday open house emailed everyone to advise us not to bring small children. Their own toddler had come down with Hand, Foot And Mouth disease, and they didn’t want to infect the whole herd.

I’ve said it before. There are just too many things to choose from now. Used to be we made do with a simple selection of childhood diseases, all of which we were expected to sample at least once. There was always a possibility of dying, but ours was a generation that could accommodate some culling. Some mothers even brought their children to infected kids’ houses for a Pox Party. Even the children they liked. The thought was it was better to get it all over with before the kids got old enough to really be missed.

But then they came up with all these vaccinations and now nobody gets measles anymore. Or mumps, or whooping cough, or chicken pox. I had the standard set, minus the whooping cough, which I didn’t get until just before I did a public reading of Trousering Your Weasel. I don’t remember the mumps. Apparently I got the mumps when I was just a month old. It’s hard to diagnose. A whole baby looks a little like a mump. Is that mumps, there, or just more baby?

Measles I remember. There were all sorts of measles you could get: red, German, German brown–no wait, that’s a trout–Common, and Flammulated. I got one of those over Valentine’s Day in 1961 and got dreadful sick and had stark, Valley-Of-The-Shadow-Of-Death fever dreams and Mom set me up with a radio (“Where Have All The Flowers Gone”) and Dr. Martin came by with his black bag and called mom “Mother” and mentioned something about scarlet fever and someone came by from the school with a bag of Valentines from the whole class (perforated: Oh You Kid, Peas Be My Podner, Bee Mine; or glued up from pink and red construction paper and white paper doilies) and I recovered.

What I really nailed was chicken pox. People used to get terrible sick with chicken pox. I didn’t. I was going to camp and felt just fine except for the nice itchy rash, but since I had already demonstrated a real aptitude for poison ivy, I was sent right along. I was Chicken Pox’s Ambassador to Camp Mawavi. Chicken pox is another one of those antique diseases no one gets anymore, but it’s usually a doozy. Furthermore, it crouches inside you, quietly, for decades, waiting for a sign you have 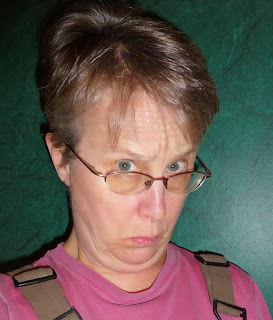 not been sufficiently humbled by the indignities of old age, and then it pounces into shingles. Shingles is very painful and affects one side of your body, but given my history with the virus, I anticipate a pain-free case with a rakish but attractive rash.

It could happen. I’m pretty sure my mumps came back.